At Last, She Knits! {yarn along} 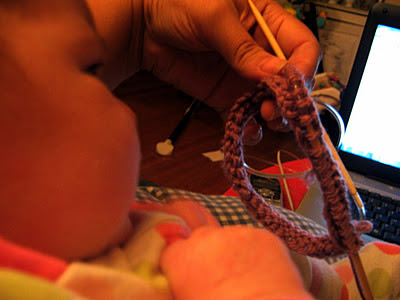 ﻿
I've spent the last few glorious {albeit sleepless} weeks in a drunken romance with Lotte.
I can't get enough of her, I just soak up every second I can.
We spend a lot of time curled up together on the couch while she eats. {or should I say, "snacks"?}

This has led to a lot of Internet time...and while I can't type with both hands, I can watch netflix, and YouTube!
Late last night while Lotte was in one of those "I'm no longer hungry but can we still play?" moods, it dawned on me to check out YouTube for knitting instructions. I can knit flat/square things in basic stitches, but circular knitting has always left me puzzled and confused, and my poor needles always end up shoved back in a box for "later". A girl can only knit so many scarves!

I'm a hands on & visual learner, but I don't know anyone personally who can knit, {that lives anywhere near here anyway}, no one in my family knits,  and unfortunately I had always attempted to learn from what I like to call "the book of poorly illustrated diagrams". 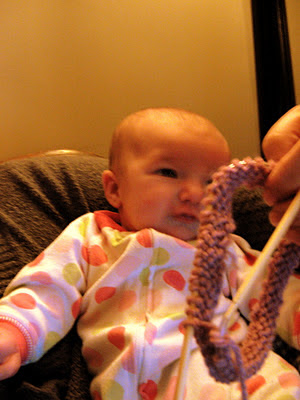 But with the help of a few videos I've finally figured out circular knitting. I messed around with working four needles, and magic looping.{What an incredible concept!}


I found an easy beginner pattern that I'm really excited about trying. 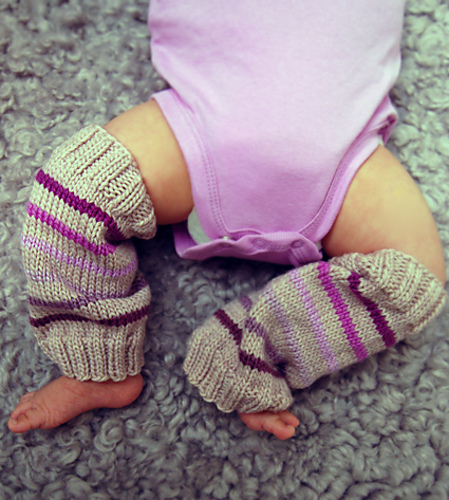 I don't think that I'll  try alternating colours just yet though...one step at a time!
p.s. I haven't been reading much lately other than a few magazines. I'll be working on finding something soon though. My hours are numbered, so whatever book I find has to be worth my time!
Posted by Corrabelle at 2:05 AM