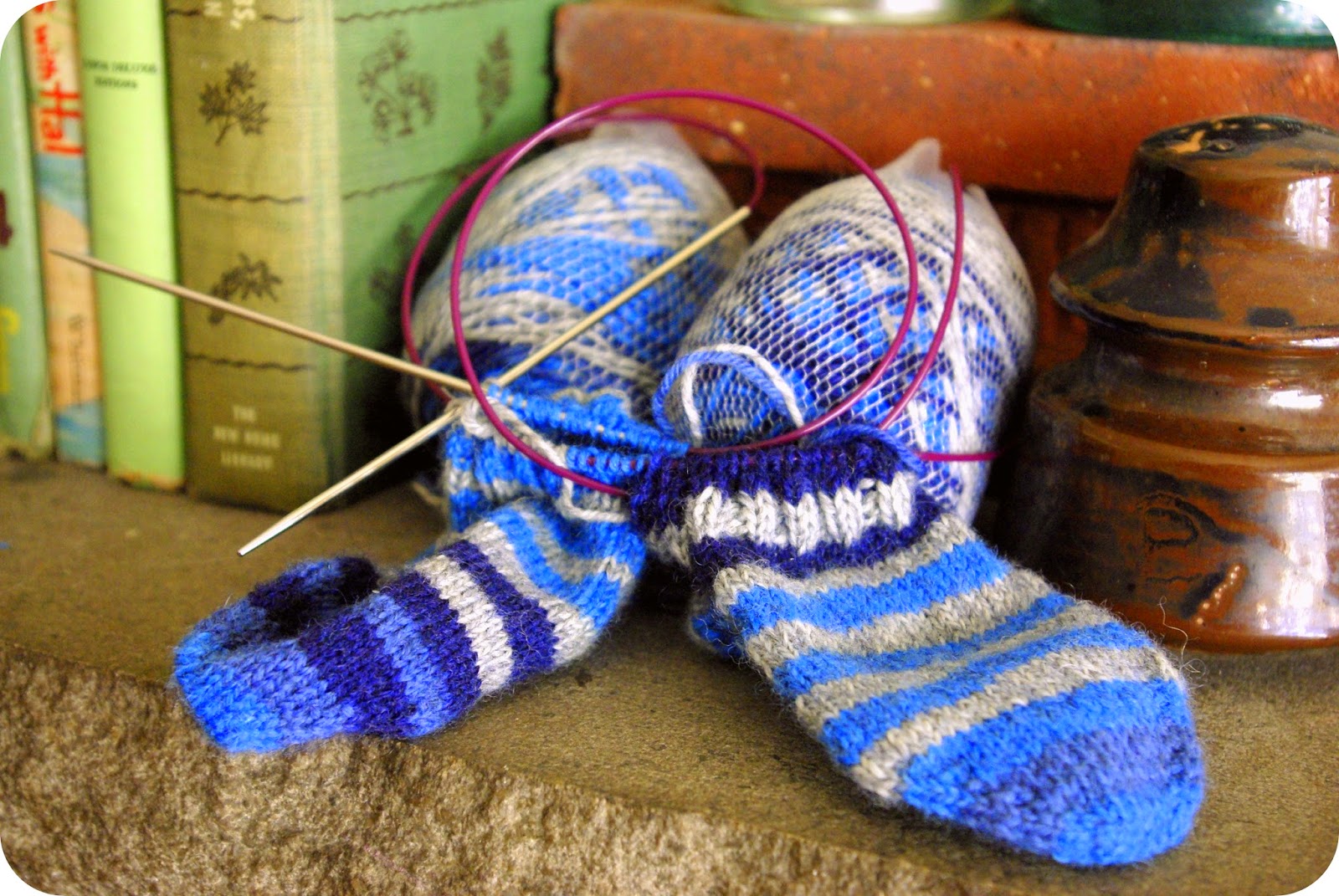 I have a horrible case of second sock syndrome so I decided to some two at a time baby socks.

I can't say that I'm in love with the pattern...I've never made toe up socks and the pattern kind of leaves you hanging for the heel turn. I ended up finding a heel turn formula for just about any number of stitches, and in a variety of styles, and used that instead.

The two at a time thing has ended up being far less confusing than actually making a sock toe up. The whole heel and gusset really took while for me to wrap my head around. I'm not sure this style is for me, but that's why i made baby socks for a first attempt; smaller commitment. 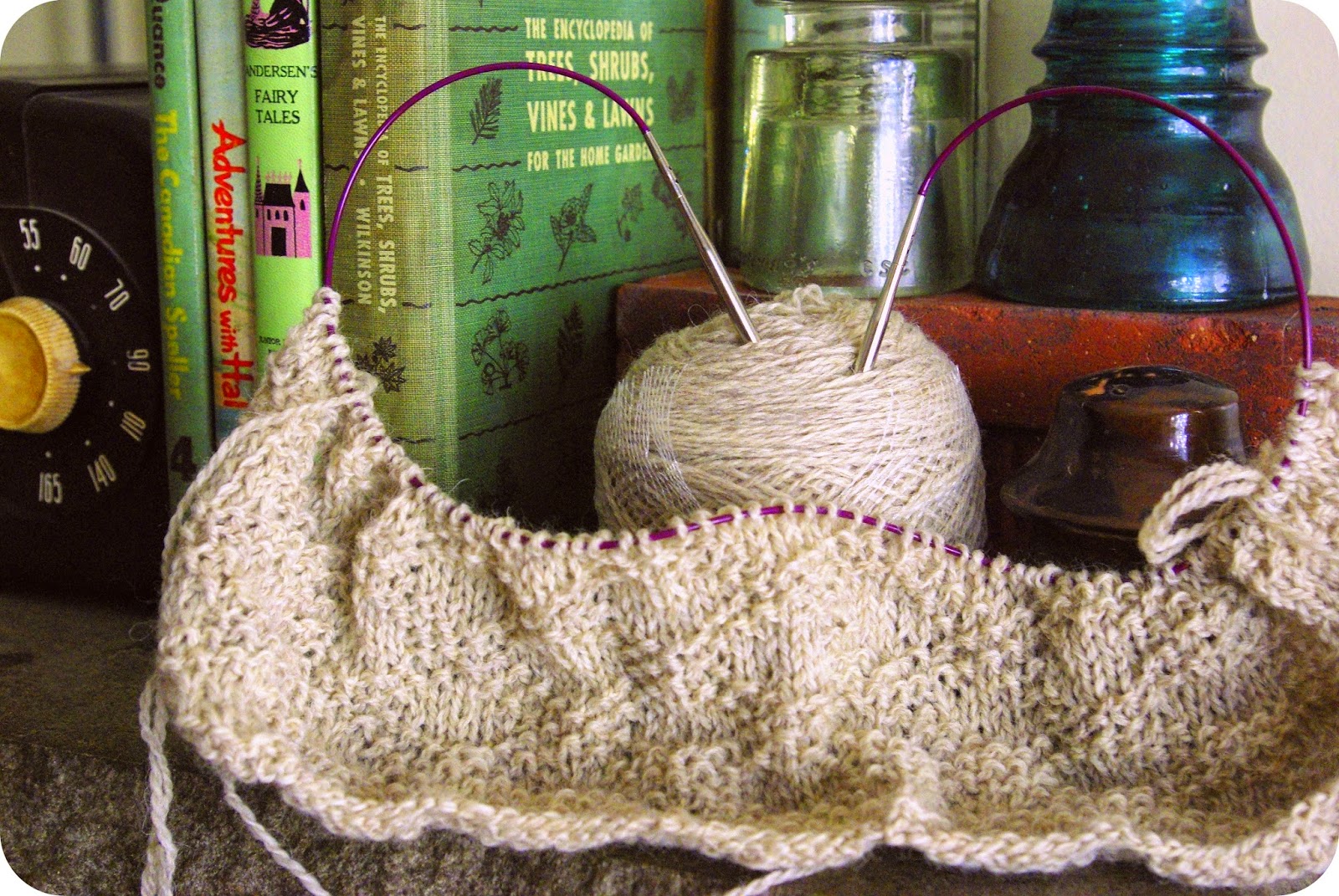 I also took on a sample knit project for a local yarn store. They're going to be stocking a new yarn (i can't even find the yarn on revelry yet) and needed some sample projects made.
Its a scarf, knit flat, but with an intricate brocade/hash pattern.
Lots of counting not my strength but so many repeats that it gets easier and easier.And it's  a fairly simple pattern, nothing but knits and purls. Good Television Knitting.

I really like the yarn, It's got a nice rustic texture to it but isn't splity, and it knits up rather nicely.  My eyes get a tad tired trying to see the pattern though with it being solid coloured! I'm sure that blocking will make it all pop out and become a lot more obvious.

Binding off, Corra
Posted by Corrabelle at 11:04 AM