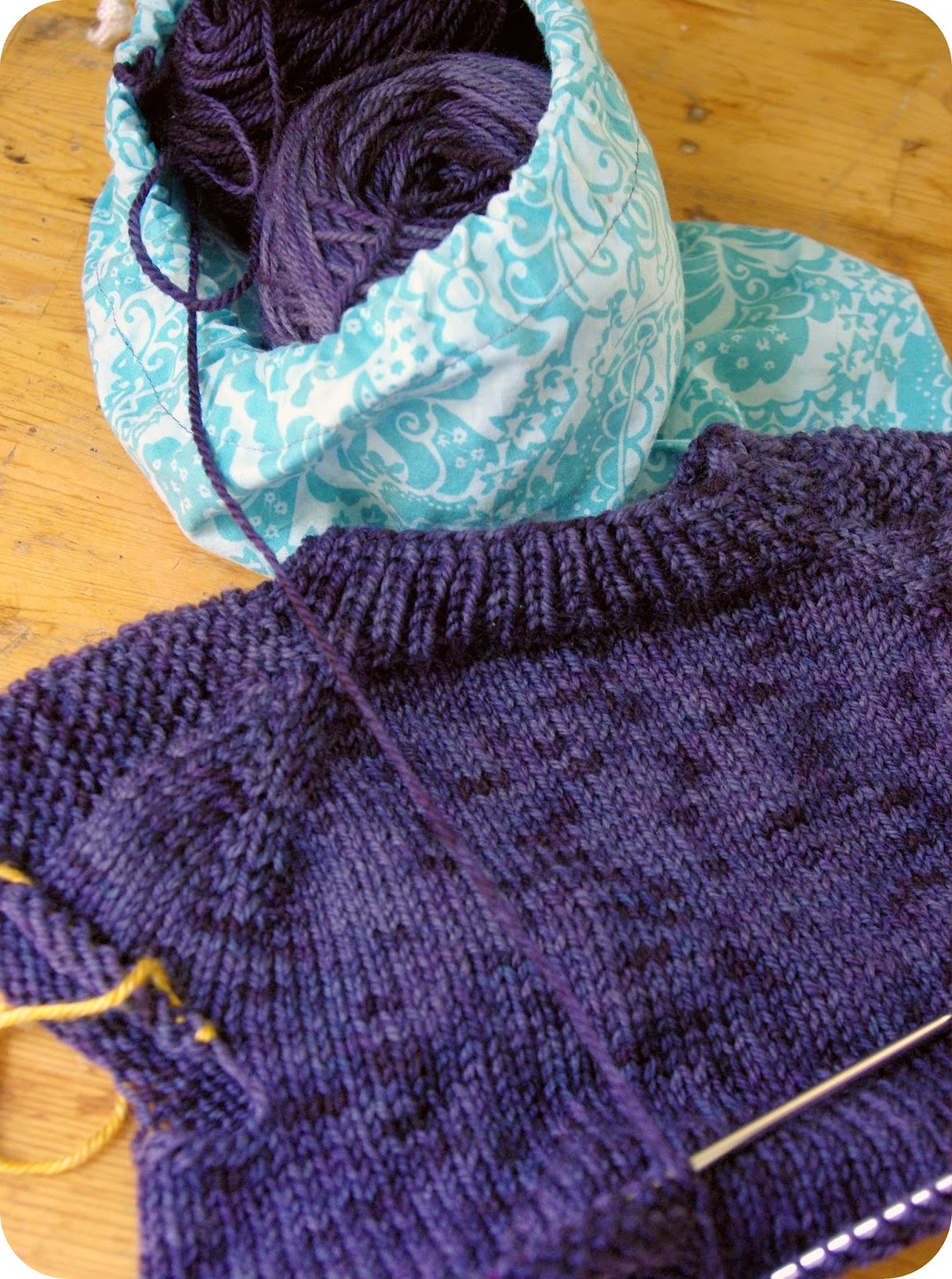 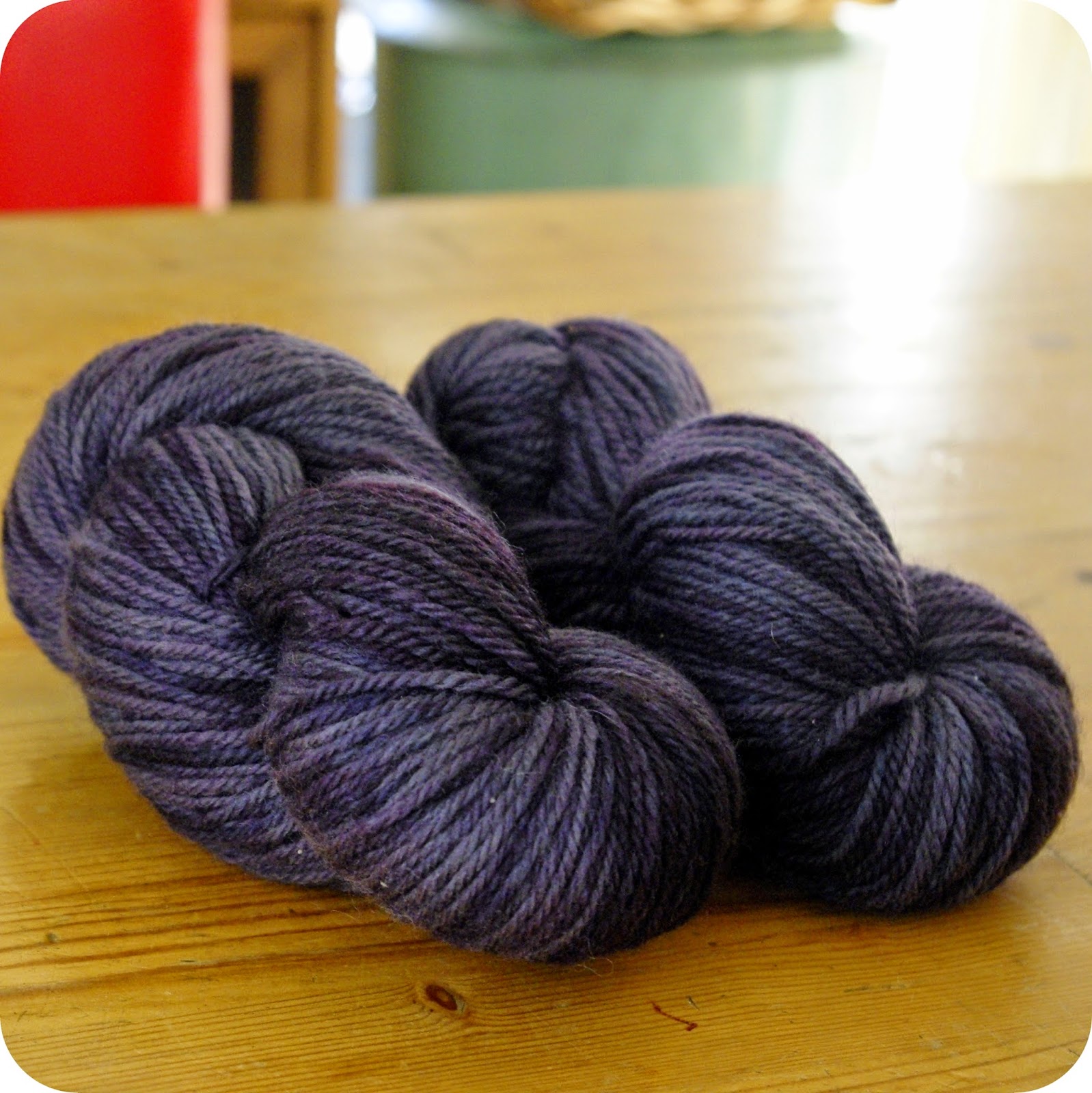 A few weeks ago I was going through Lotte's fall clothes that she wore last year and some of the clothes my niece had outgrown that were passed down to her, and many of them are too small. My girl seems to have managed to somehow completely skip size 3 and go straight into size 4. I can't believe how fast she's growing. She doesn't look as big as a size 4, which is puzzling, but it is what it is. I'm in a little bit of denial that she's almost three. She's still my baby!

One of the many things that she has outgrown are her sweaters, and her sweet little sweater dress...Which made her look a combination of saucy and cozy, the two top toddler things that make me melt.

So of course, another sweater dress is in order. I decided to go with this super simple pattern, but i'm just going to lengthen the body. I'm undecided on shaping the dress/skirt portion, i'll mostly likely decide as I go. Toddlers can get away with a straight up and down tube for a dress, it's the one age where it's fun to show off their chubby little bellies.
Also, the for the sleeves,  I'll probably make them either short (so she can wear a long sleeve t-shirt underneath if it's cool) or possibly 3/4 length, depending on how much yarn I have left.
I'm using hand dyed, so I can't buy more if I run out.

Lotte thinks I need to make a matching one for our October due wee one, and I just might. I'd like to make that one a bunting though. Sweater dresses aren't so practical on newborns, are they?

And speaking of denial, I should really probably get cracking on these baby knits I have plans for. I have about eight weeks left is all. Somehow, despite being rather large and quite miserable, I've unintentionally been putting this pregnancy at the back of my mind.
No, not the baby, but the pregnancy. People keep asking me how many weeks I am,  and if it weren't for midwife appointments, I'd have no clue. I know when I'm due, that's about it. Maybe it's a fourth baby thing. I don't feel like this is such a mystery anymore, and don't have a gazillion questions to research or ask my midwife. My midwife told me that our appointments feel almost silly since I have nothing to ask her. Been there, done that? So we end up talking about Knitting, naturally.

P.S-for those who follow me on instagram, please know that my phone kicked the bucket this week and I can't post anything until my new phone arrives by mail. So no, I haven't disappeared, i'm still watching YOUR posts online :)
Posted by Corrabelle at 10:26 AM 10 comments:

Yarn Along {a mystery sweater} 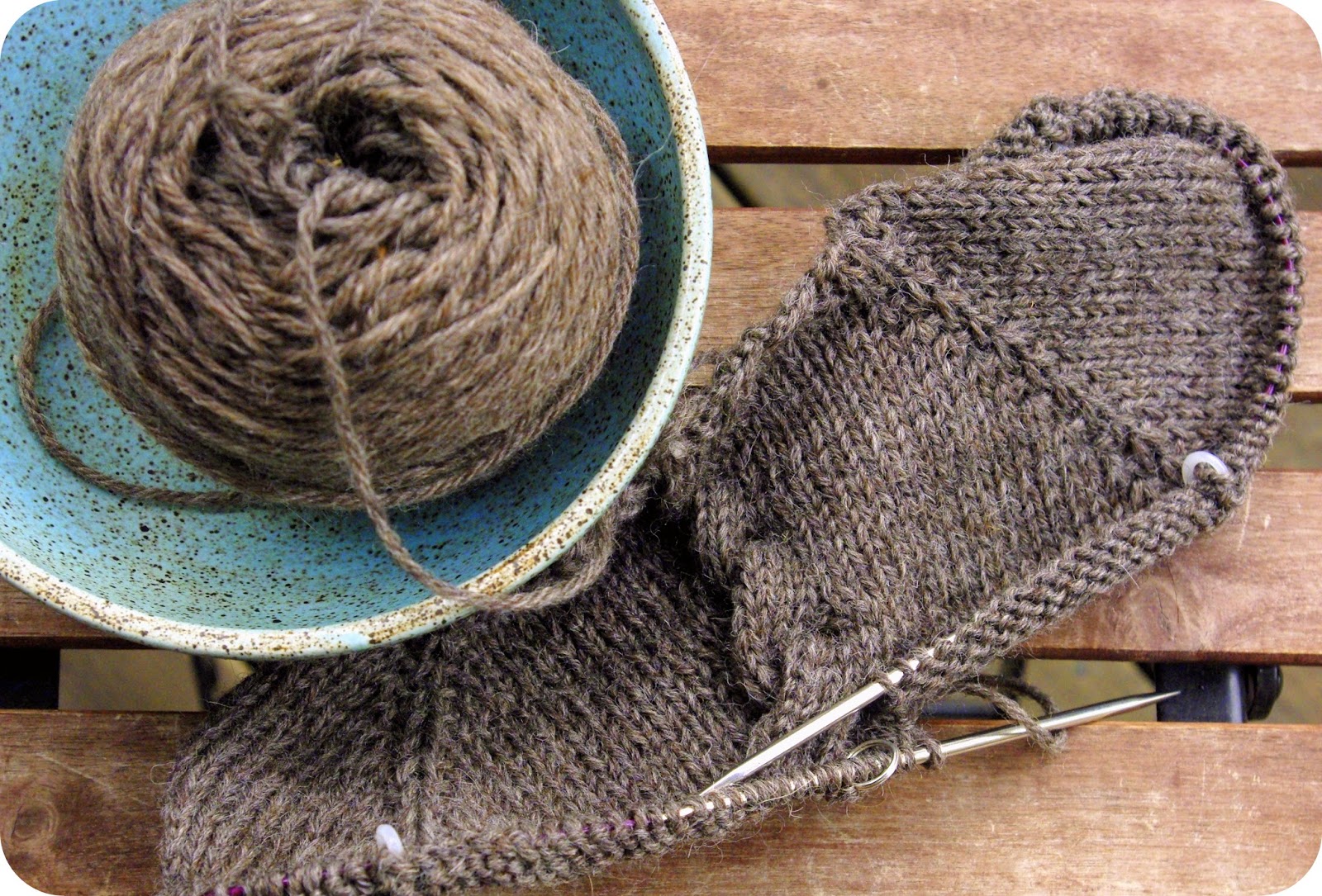 Working on a little somethin'-somethin' this week, I say mystery because once again, i'm just kind going into this blindly and seeing what works. I am writing it down this time though, so I can remember what I did if I actually want to make a repeat.

I'm not sure if this will turn out the way i'm envisioning, and truth be told, i'm not even sure who i'm making this for. My little lass? One of my nieces? No idea. That's how I roll when I get a hold of yarn with no pattern and a good dose of indecisiveness.
I'm using fisherman's wool which frogs nicely and pleasantly, if need be.

I speak from experience.
Posted by Corrabelle at 10:36 AM 11 comments: 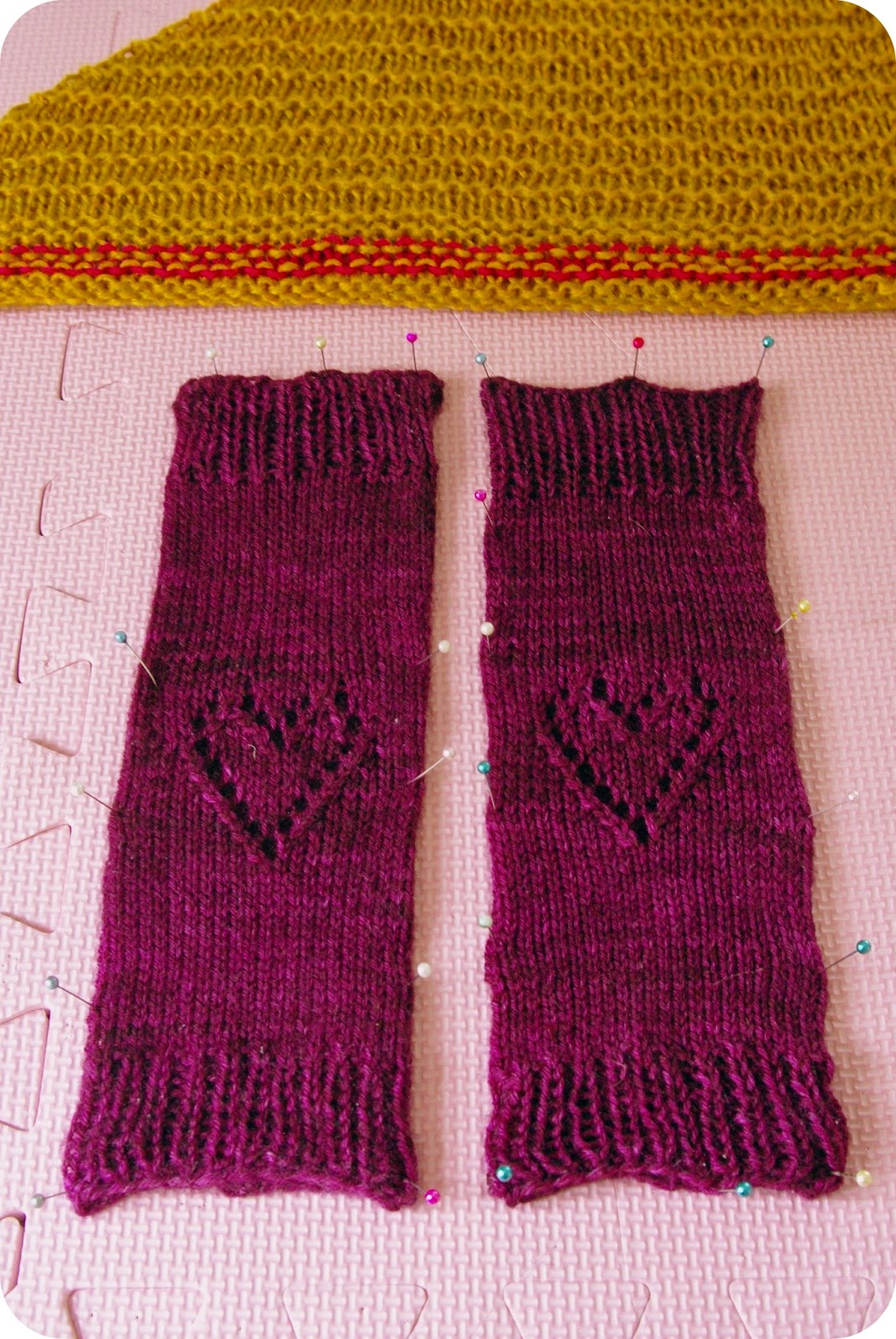 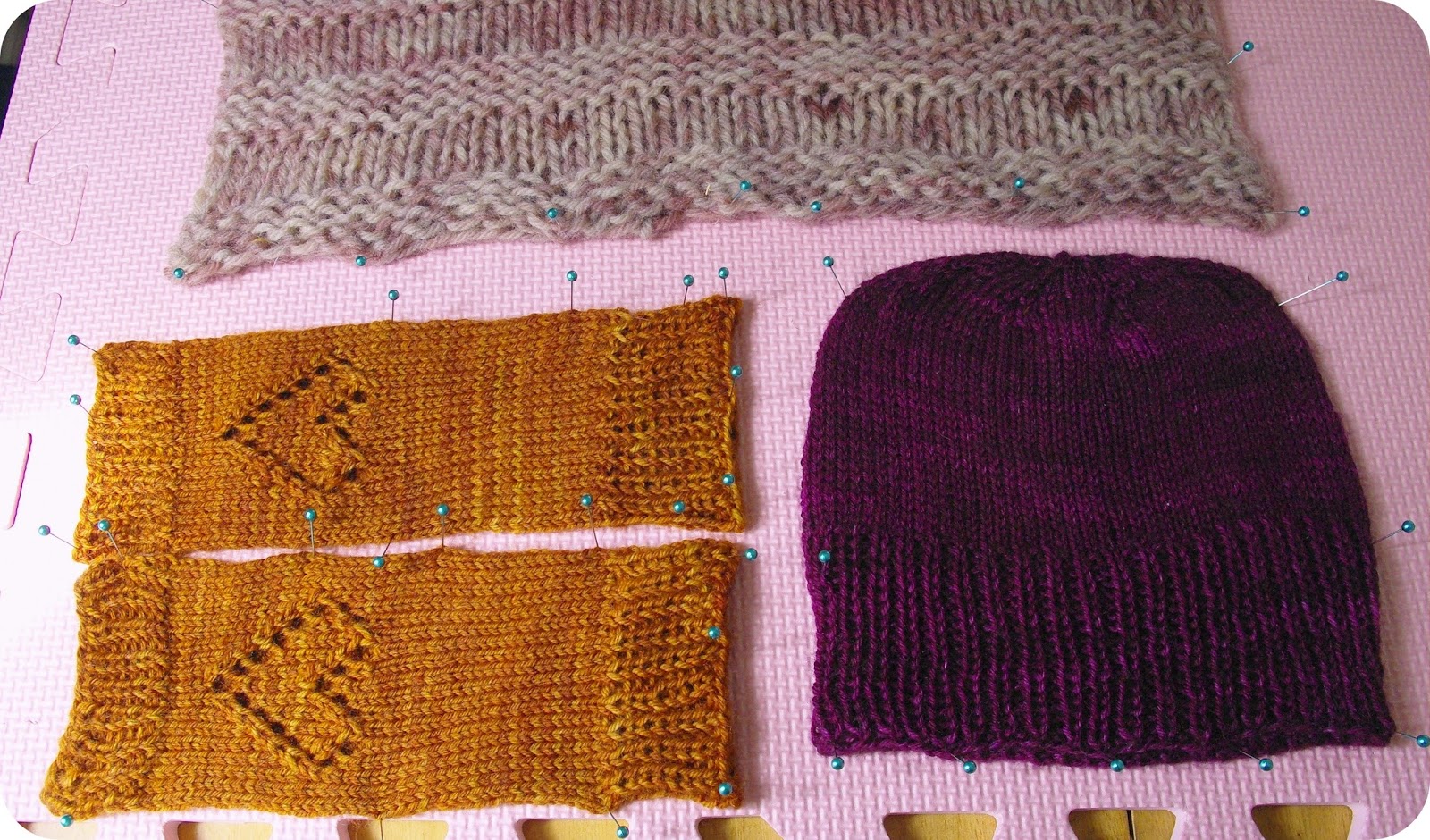 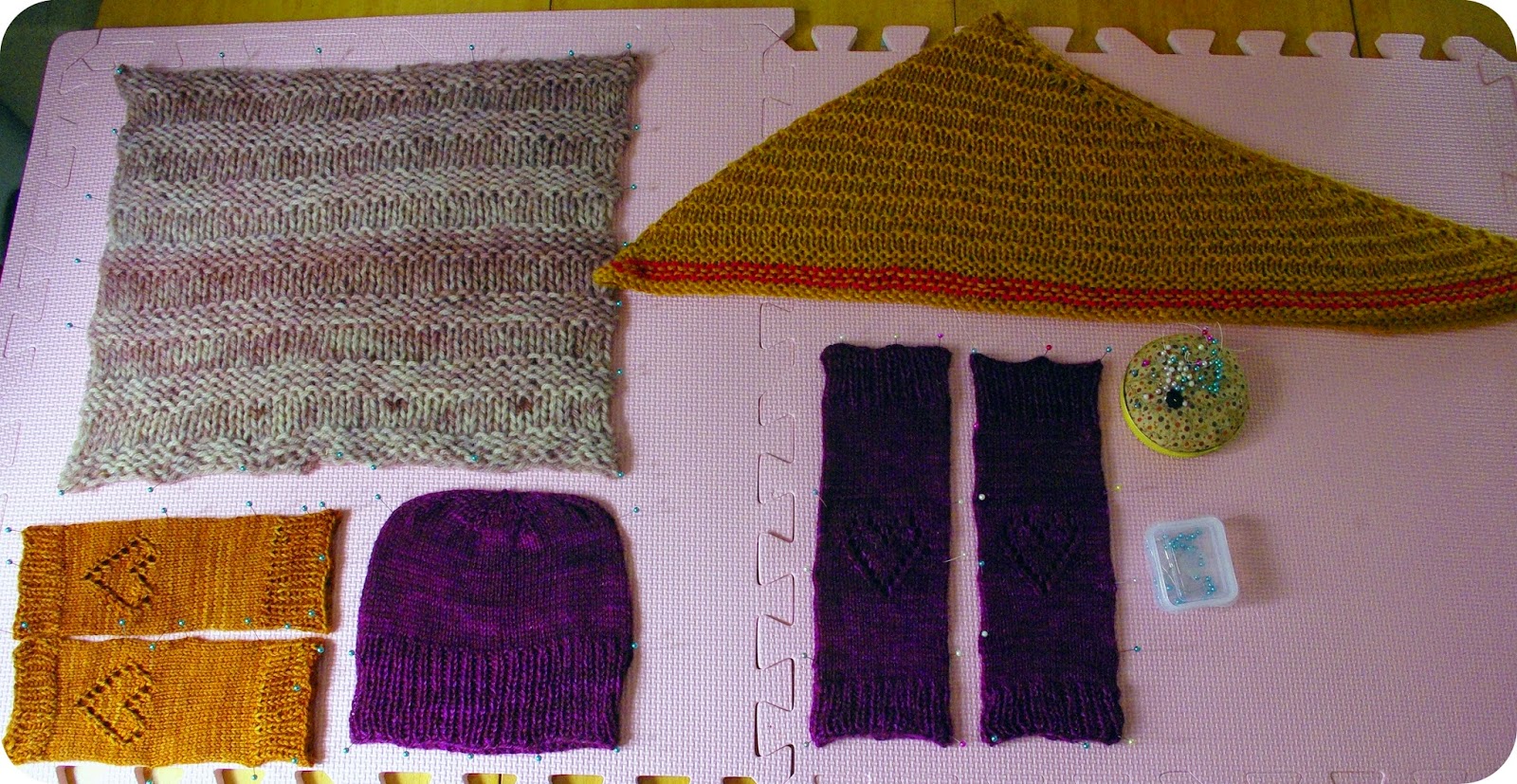 I usually wait until I have a fair amount to block before I drag out these mats and my pincushion, only because I have a wee helper who likes my pins quite a bit and loves to rearrange them in fun patterns after i've already tacked down my knitting. So if opportunity arrives, and she's preoccupied with either a nap, or playing contently outside with her brothers, I jump on the chance to finally get my projects blocked.

Looking at the last picture...

Top left: A cowl I knit this week out of hand dyed bulky wool-I dyed this wool last month using mulberries that were just a little too over the edge for us to eat. It was dyed twice in cake form to make it a little more tonal. I really like the way it turned out. I probably could have used more mulberries, but I don't mind the muted grey/lavender.

Top right: A bramble shawl. Lotte informed me that she needed a shawl like mine for when she goes "apple picking". I'm not sure where she go this notion from...she's been apple picking once, and she wasn't even two yet.
Regardless, the girl requested a shawl. And it's really adorable on her. (I'll get a picture of her wearing it for us later. She goes through moods of "i don't want my picture taken"...and I wasn't able to get one this week.)
I loved knitting this, and I might make a couple more for some gifts for other little gals in the family. One of the things I like the most about this is that it crosses over the chest and buttons in the back, securing it so that it isn't constantly slipping off.That, and it makes her look like a miniature Mother Hubbard.

Bottom Right: Longies for Lotte to match her new sister's Gingersnap legs (Bottom left.)
I posted about these last month and people have messaged me asking me for the pattern. I'll try to post a pattern for those soon.

Bottom middle: Random hat out of leftover yarn to match the leggings :)

This week I cast on and am almost finished a puerperium sweater (not pictured)  for our new bundle in October, and am about to cast on some sweet little pants.

I'm eager to see what everyone else is making this week!
Binding off,

Yarn Along {getting head start on a handmade christmas} 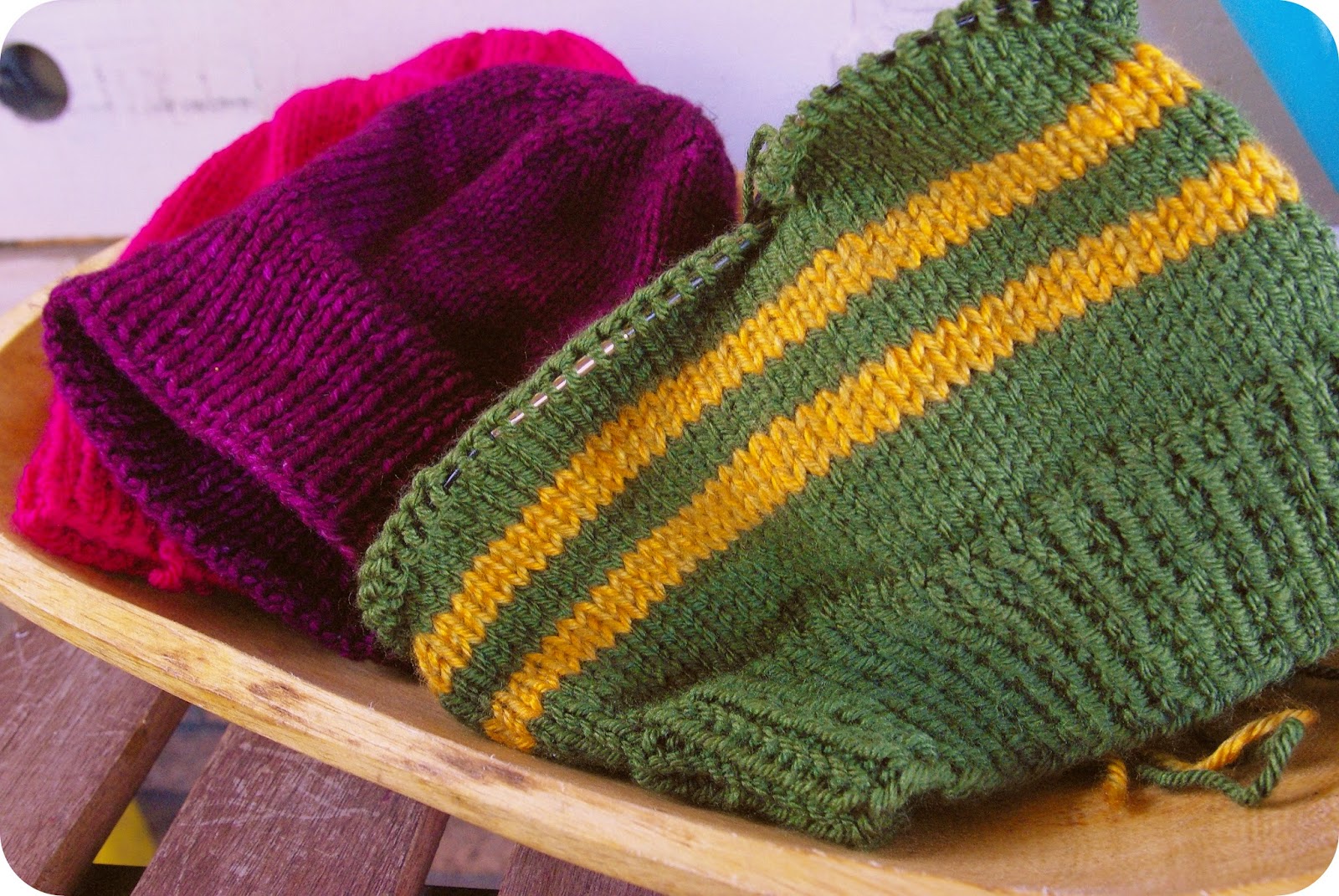 A few years ago, after the birth of a surplus of babies in our extended family, my sisters and I decided that despite the huge rise in the number of children, our families still wanted to give Christmas gifts to  each other's children. Over the course of three years, 6 new babies arrived between the three of us.
We decided that the only way to continue though was if the gifts were either handmade or thrifted. My sisters and I normally buy or make for each other anyway because we're just like minded that way, we all enjoy creativity, and love a good bargain at an antique store.

Half the fun of making something or buying anything used/vintage/antique for each other is telling the person how we got it or made it, and what a deal we scored on it. While other families might find it weird to openly disclose to each other how little they paid for their siblings' gifts, in our family, it's not only expected, but the thrill of it is part of the gift itself.

Between the three of us, there are ten kids, and two more are expected by Christmas. So this means if I'm going to knit anything, I need to start now. Especially with a new baby arriving in October. And it doesn't help any that all my children's birthdays are already in the autumn. 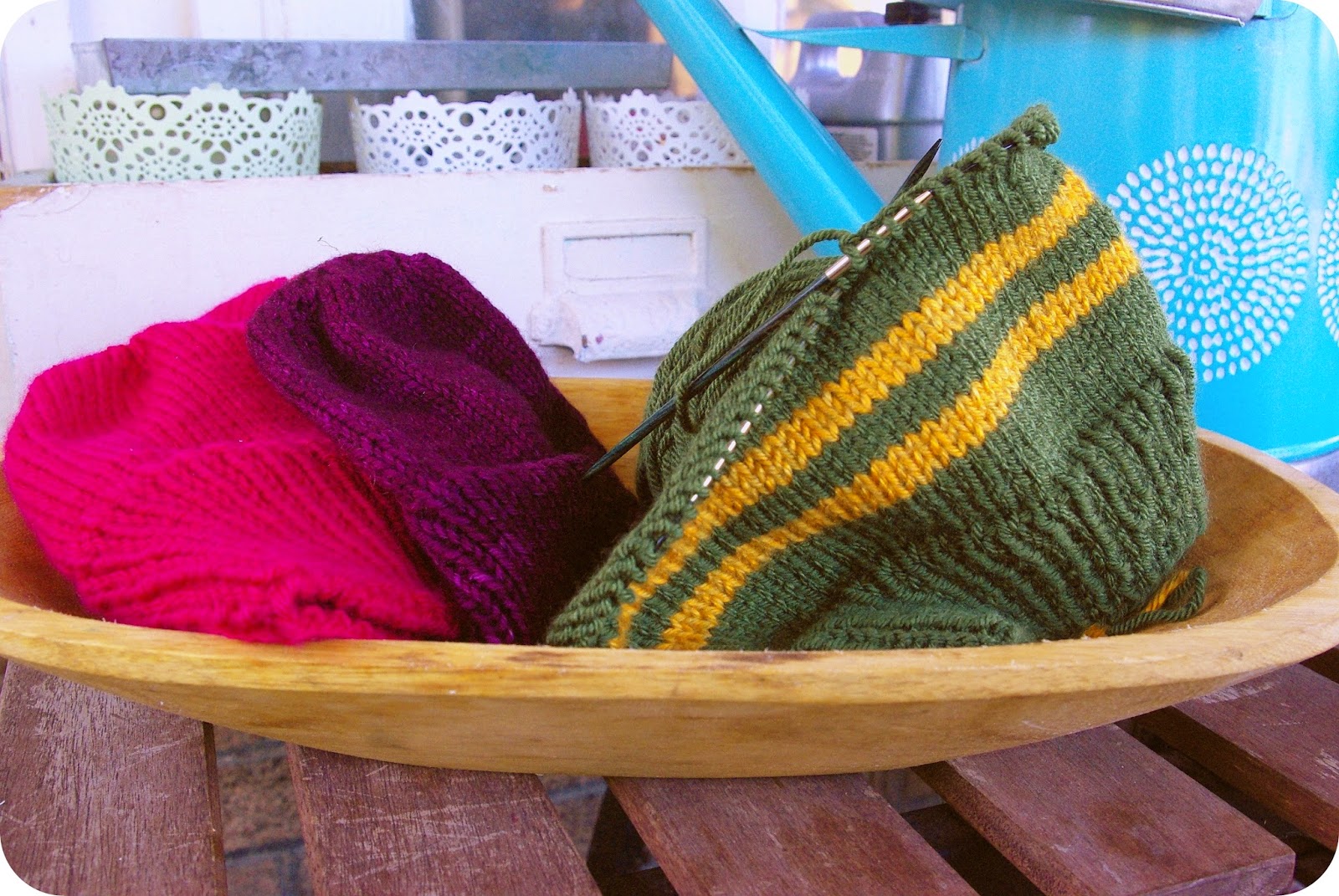 I decided that this year each of my nieces and nephews will get a hat, and maybe something small like some mitts if I can swing it. I'll probably get them something else small that they can do as a family-a game, or some music etc-which also means a lot less stuff to clutter up their houses.

I have to be careful, because I also don't want to be that aunt that is known for giving only hats, mitts and underwear. blah! What a stigma. To and adult, hand knit items have more wow factor, and if not exciting, at least appreciated because of their practicality. To a little kid though, it might be a wee bit boring. Maybe i'll fill them with firecrackers or something. (totally kidding-but I know they'd love me if I did.)

These little hats are super fast-i'm not really following a pattern for these, just kind of switching  up needle size  and cast on number of stitches according to whatever yarn i'm using, and eyeballing it. (And trying them all on my own kids to make sure that they'll fit the kids i'm knitting them for.)
I decided for the girls that i'm going to put some wooden buttons on the brim that Reuben has made me (handy children are such a blessing), and for the boys, I'm going to do some stripes. The forest green hat with yellow wasn't supposed to be Green Bay Packer colours but sort of turned out that way. Luckily, the intended recipient's Daddy is a Packers fan. Maybe he'll get one to match!
Every time I do jogless stripes, even though it's ridiculously simple to do, I feel like I have super powers and have to oogle a while over the magic of it all.

This is how I feel after making a stripe where the beginning and end are so well hidden that you'd never find it unless you knit it yourself. 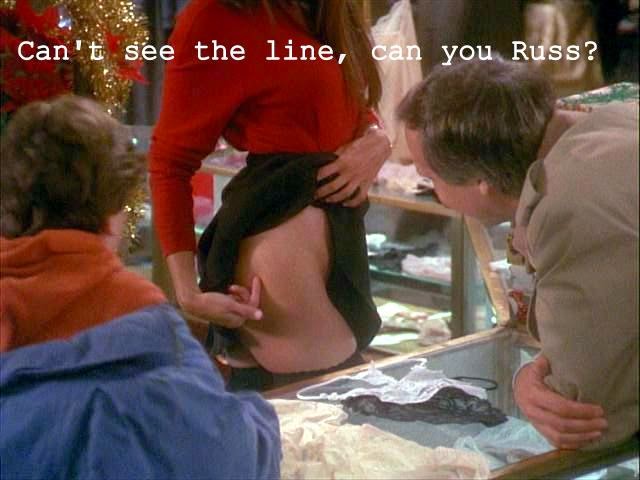 Almost as fascinating as a heel turn!