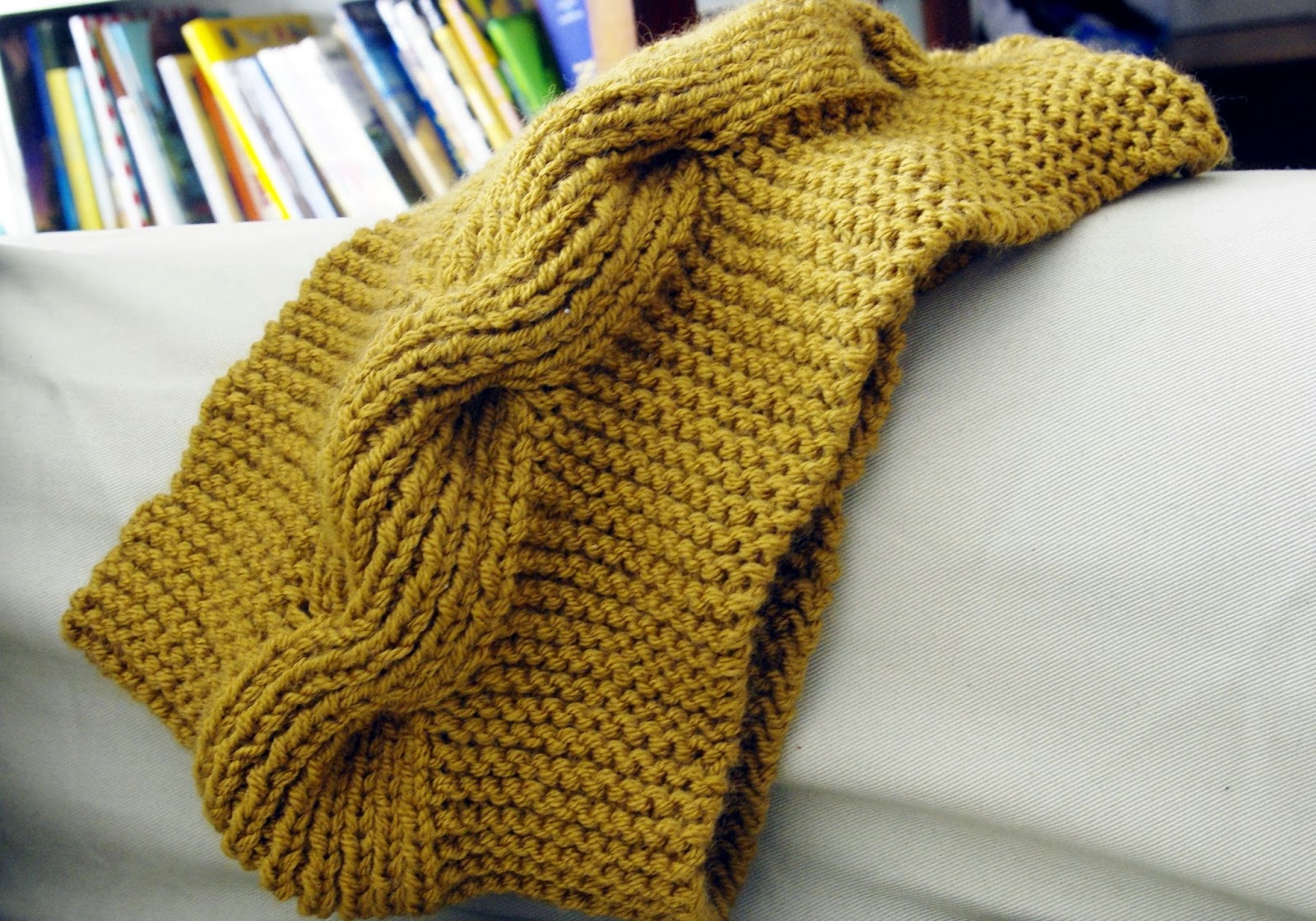 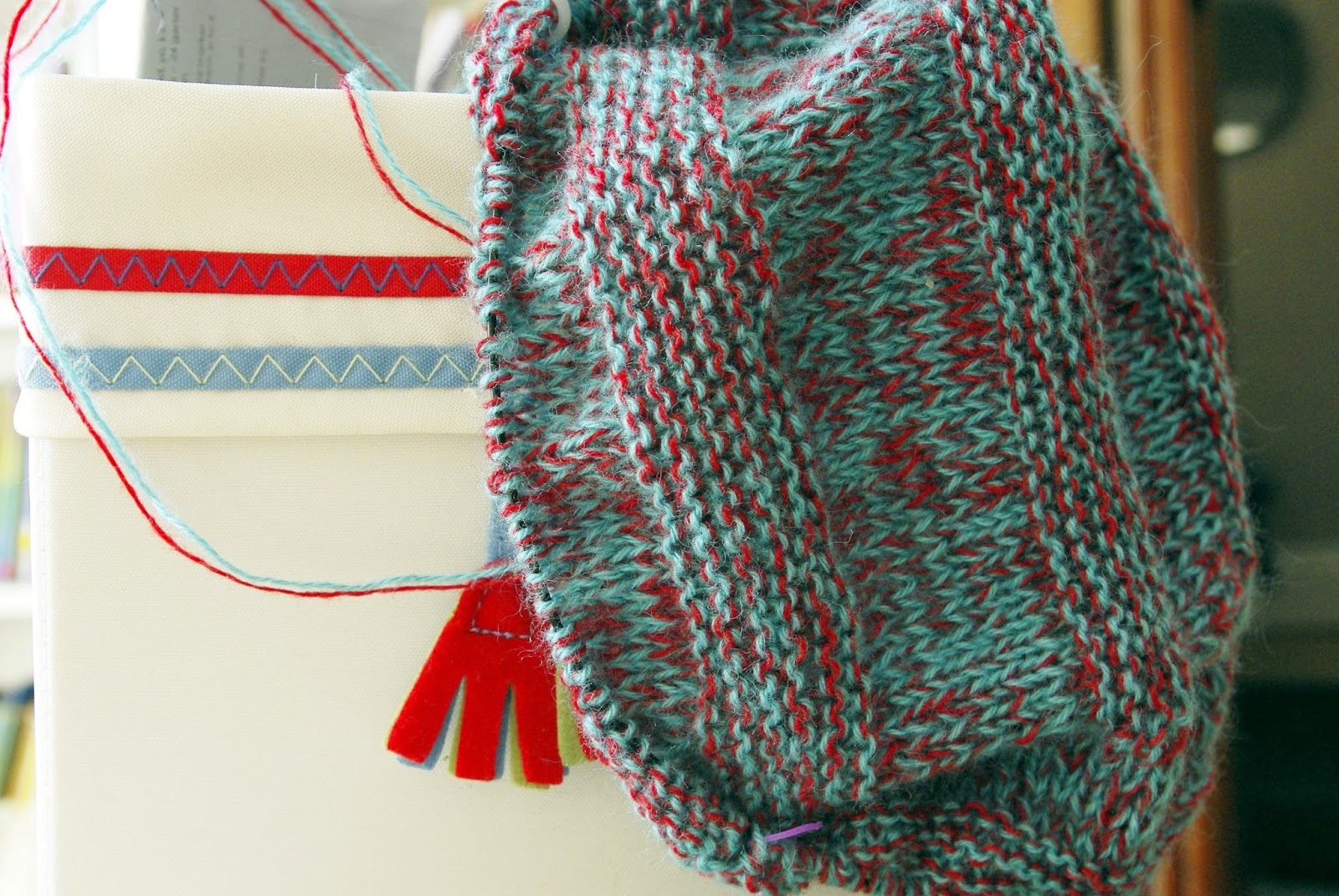 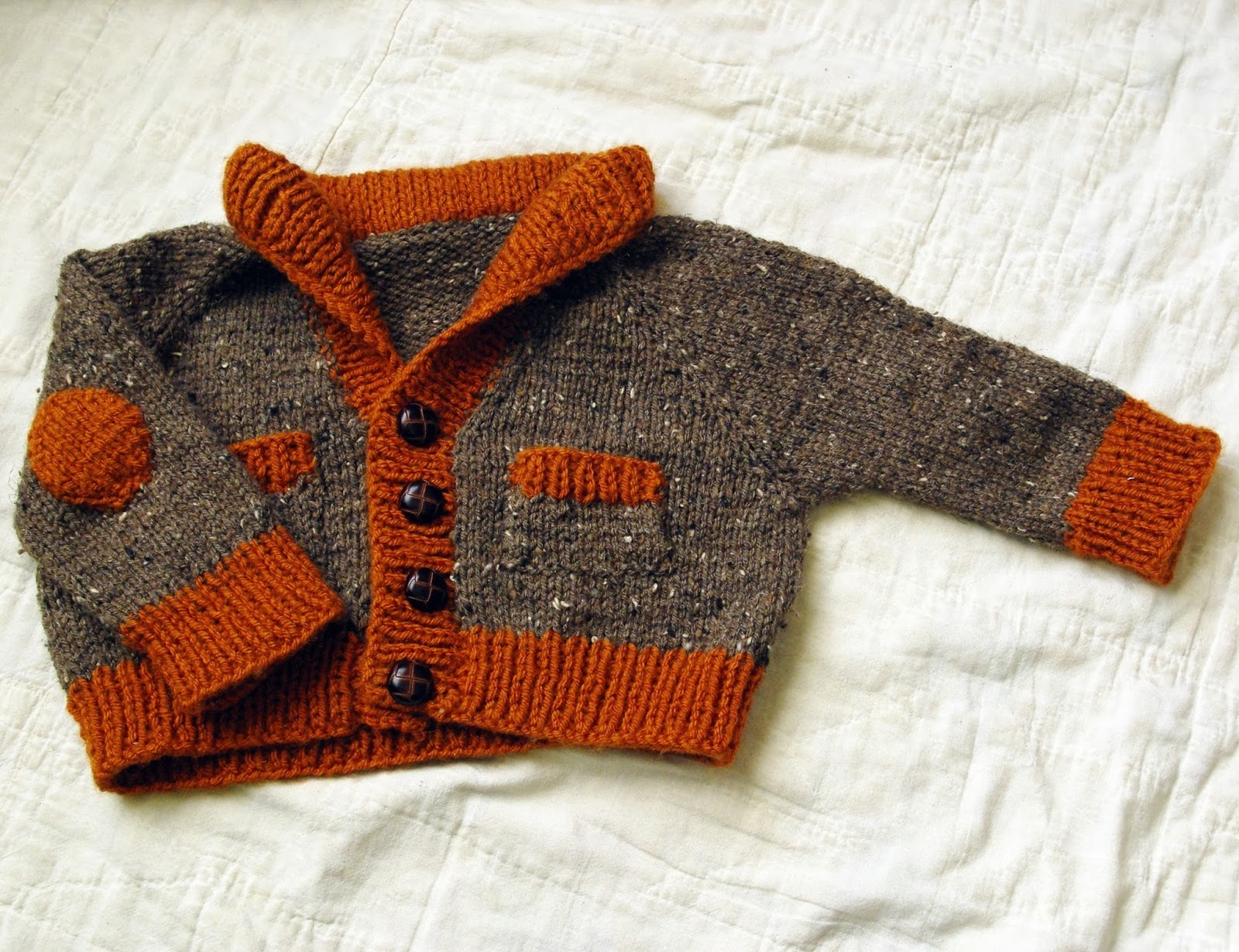 I finished up several projects this week. My sister asked for a cowl for a birthday present to give to a friend-I used worsted weight yarn an held it doubled for faster project and altered the pattern slightly because I didn't have much time.

I caught up on last week's clue for the Follow your arrow mystery knit along (I have yet to do this week's on either shawl.)
I'm sort of rethinking the colours i'm using. I love red and blue together, always, but the way it looks held together is not what I had envisioned. I'm wishing that I had done a two colour shawl for this clue (as in two colours, separately....) I don't want it to come out looking like a tea cozy or a bad afghan. The predicament was that I had two lace weight yarns so I had to hold them together to get the right weight. Had they been the right weight to begin with, I would have used them separately, like a sane person.

Are the red and blue together awful? Please be honest. I'm not afraid of frogging. I think I could actually call it a hobby.

Our reading this week has been "War of the Worlds" and a small study unit on the times it was aired. And of course we had to follow it with the movie. (Both the original cheesy classic AND the new, Tom Cruise scary one. I think I like the first one better. Parenthood has turned me into a first class weiner when it comes to suspenseful movies.
I'm sure that this isn't the last one that i'll be subjected to because they boys loved it and have moved on to "the time machine".
I've been digging deep into more old recipe books, and this new stitch dictionary that I found for 8 bucks while grocery shopping at sam's club of all places.  I can't wait to experiment with it! 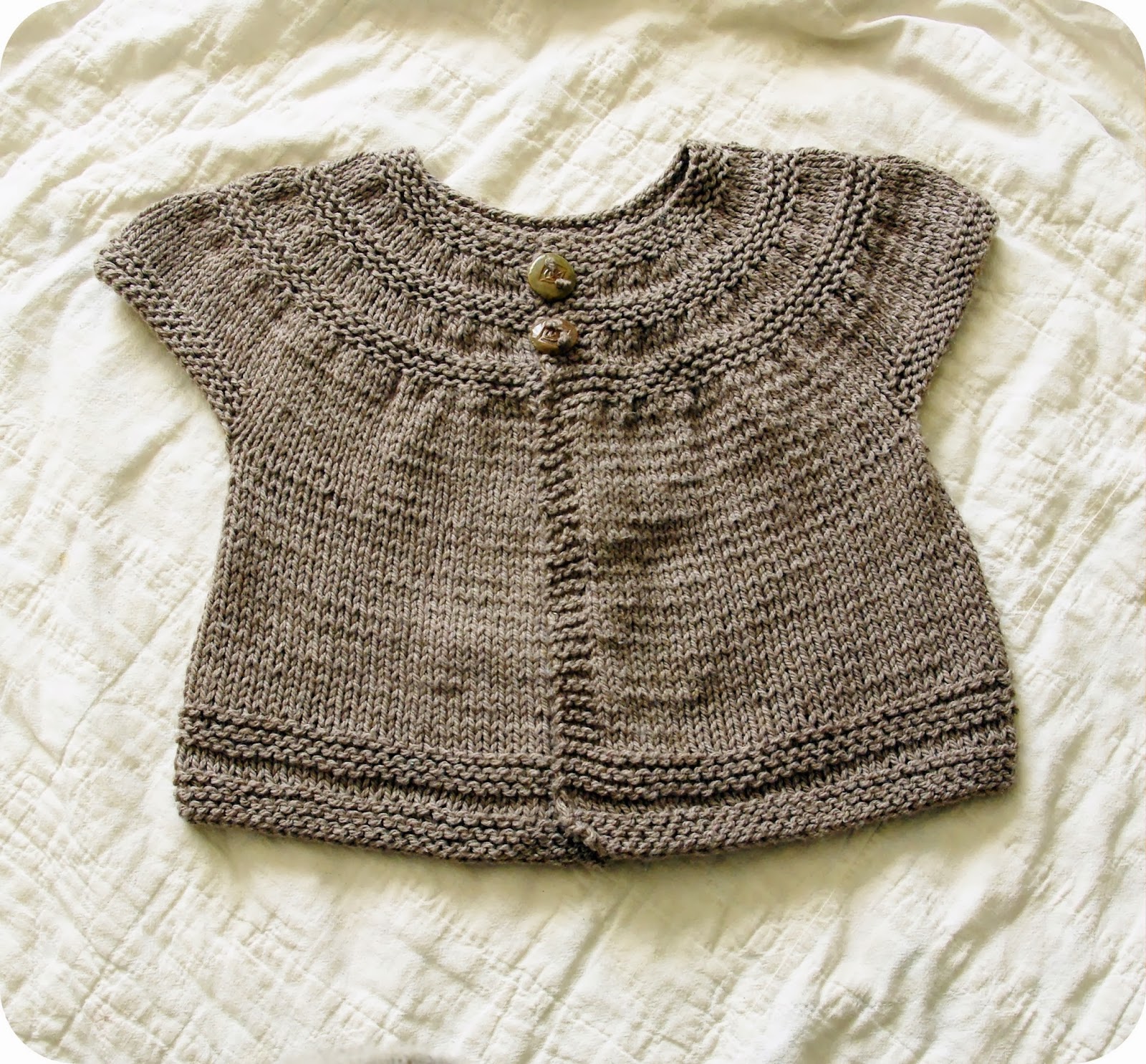 We have a little joke in our wee knitting group about each of our personal knitting quirks. I won't publish my sweet friends' names here because they might get feisty and take my yarn away.  So i'll call them by the colour in which I see them. If this makes no sense, google "synesthesia". Then laugh a while, and come back to read the rest.

I'm going to start with Indigo. She's an addicted test knitter. The girl is always on a deadline, and I seriously think we need to start a support group and give her tokens for every week she doesn't take on a new test knit. She also has, by far, the most coveted yarn stash.
.
Next is Olive, who cranks out some really pretty, intricate patterns and awesome finished projects...but I think you'd have to hold her at gun point to get her to weave her ends in. She'd rather just wear the hat with the tail hanging out, or tucked up inside. We take turns doing her dirty work for her.
Then we have Miss Plum, who knits insanely fast. And when she's done? Oh, she gives the piece away to someone that we've decided is an undeserving person and starts another. And we're all left with our mouths gaping open saying "what?? you gave that away??"

I recently, jokingly asked her if she had actually *finished* any of the projects that I've seen her working on over the last 2 years. Some of the ones I mentioned sounded like a total mystery to her. Then she ran all over her house looking for finished projects. She came back with a wad of frogged yarn  and a mitten. A, as in singular. And it was a very DETAILED, fair aisle mitten. And the other? She never bothered to start it.

There is another friend in our little circle who I haven't  known long enough to figure out her quirk (or her colour) but I'm on to her.

...or there's a slight chance that she'll read this and run-crossing my fingers that she doesn't.

and well, I have a knitting quirk of my own. A couple actually...
If you were to ask my friends they would probably say something along the lines of "she knits wrong". This is a sort of a joke that came from what a woman in a yarn store told me once when she saw me knitting continental.
I can't do english/standard knitting like my friends-my head just doesn't work that way. And apparently the woman in the yarn shop thinks that continental is wrong. Whatever, I'll live. My projects come out looking the right way, so I don't care if it's "wrong".

But there's something else. Buttons. I hate them. I love how they look...but I will let a project sit in a basket, finished, for a year, before finally adding the buttons. It's usually sort of a set series of events that leads to this inexcusable act.

First, it's "I must find the right, most beautiful buttons".
Then it's "I need to find my scrap yarn so that the yarn actually matches the garment".
Then, "Oh shoot, this needle doesn't go through this button, but this yarn is to fat for a regular needle. I must pull it through with wire".
But "I don't feel like getting wire out at 1 am. I'll do it tomorrow".
Tomorrow comes and I remember I need to hide my finished project from the house hippo before she potties on it, or decides it needs to go swimming in the toilet, or it would make a nice blanket for her doll. and once it's reached blankey point, let's face it, i'd never get it back.

So it gets shoved in a knitting bag or basket with it's buttons and scrap yarn and put away until a later date. Like....months later. 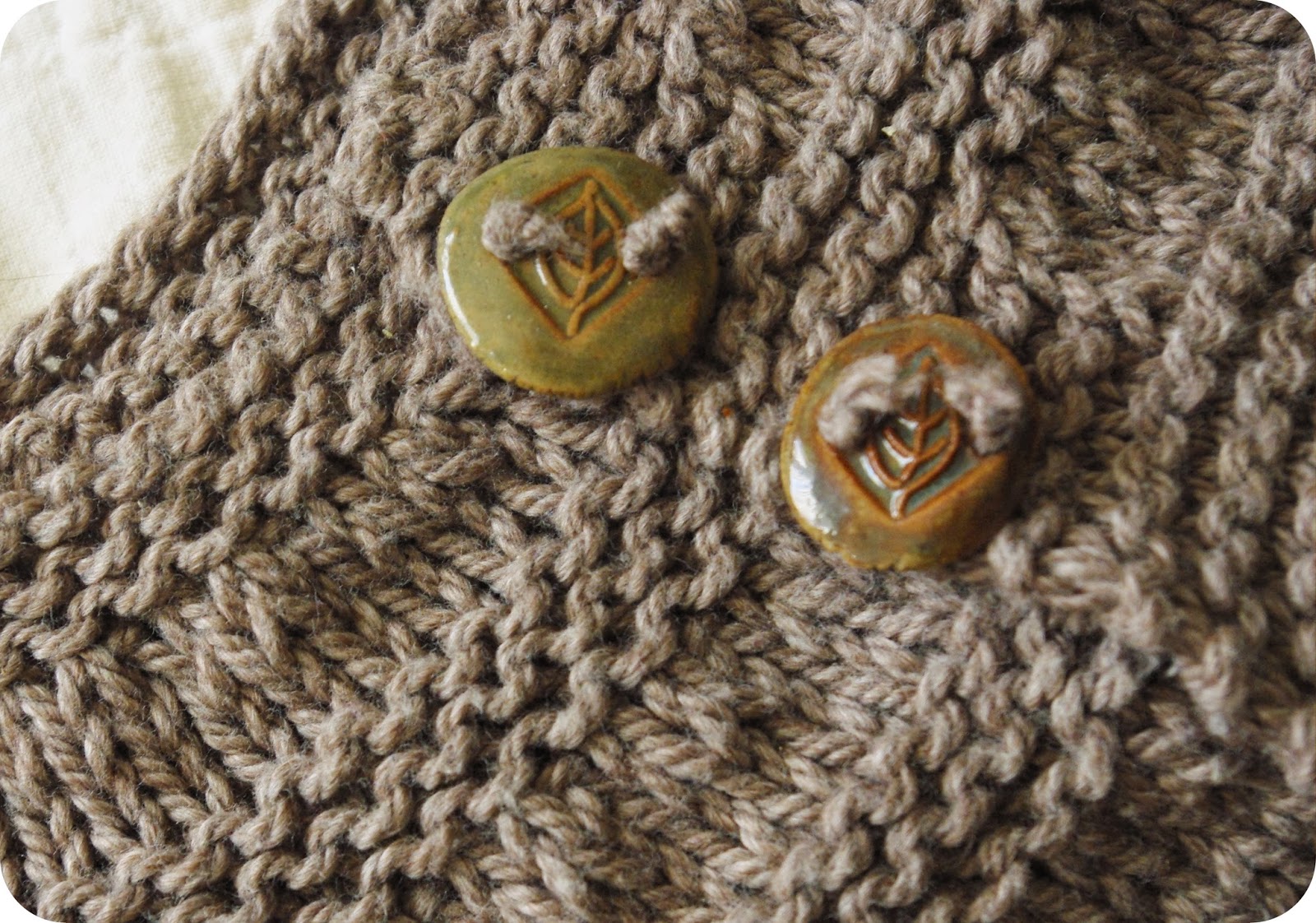 I finished this "in threes" in AUGUST. In my defense, I didn't actually find the perfect buttons for it until November. (yes, I realize that was two months away, shuushh.)
And it took a pottery store opening right across the street from my house for me to actually go and buy ceramic buttons. And then another month and a half to actually attach them to my garment. I think I've found my phobia. (which is weird, because I don't do this when sewing.) 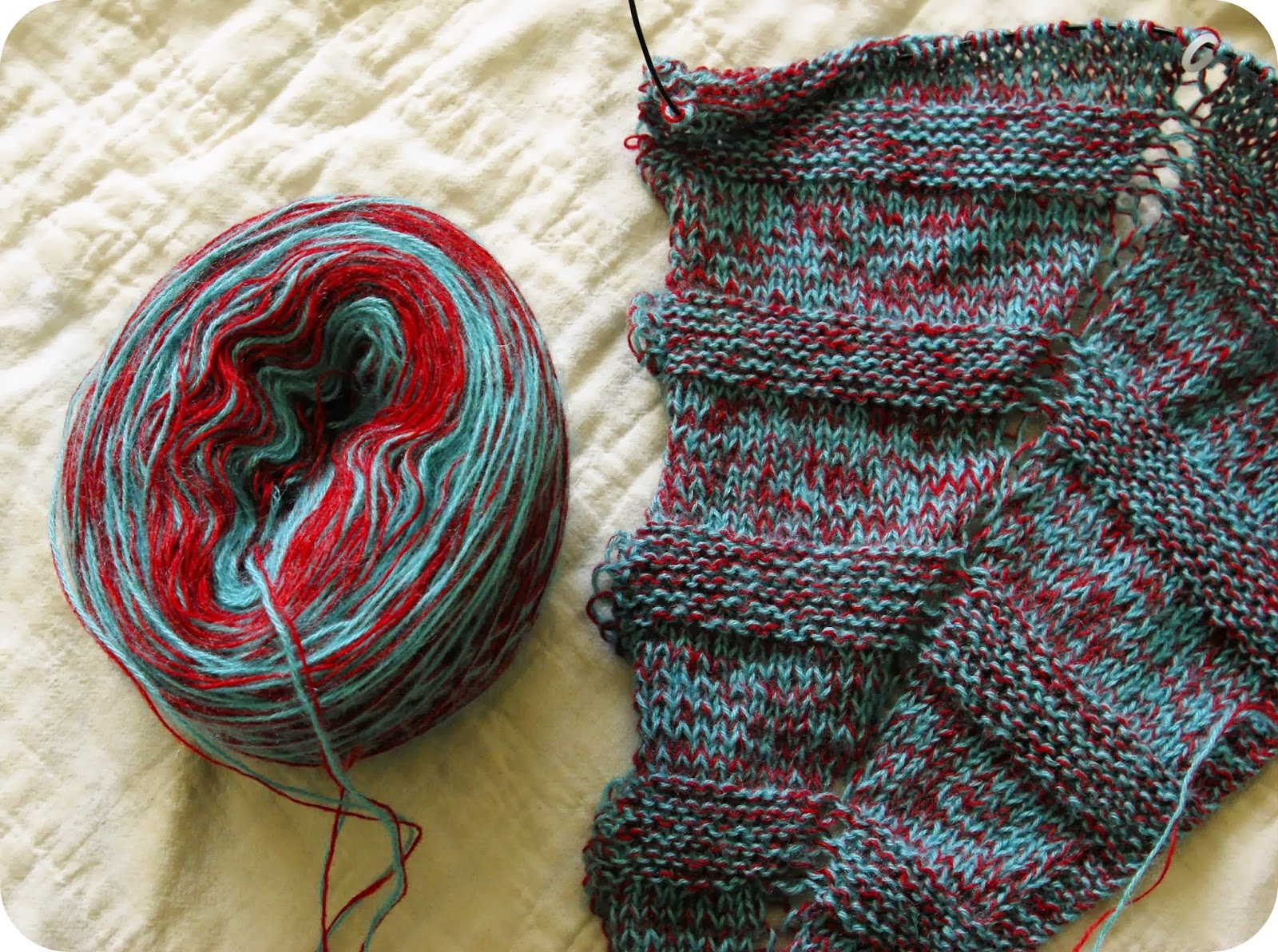 Oh yeah, and there are these. I couldn't decide which clue to do for the "follow your arrow" mystery knit along, so week one I made both. Now I can't decide which of the second clues to use for each. I'm still mulling over it. I might give it a week and see what the third clues look like and then decide. 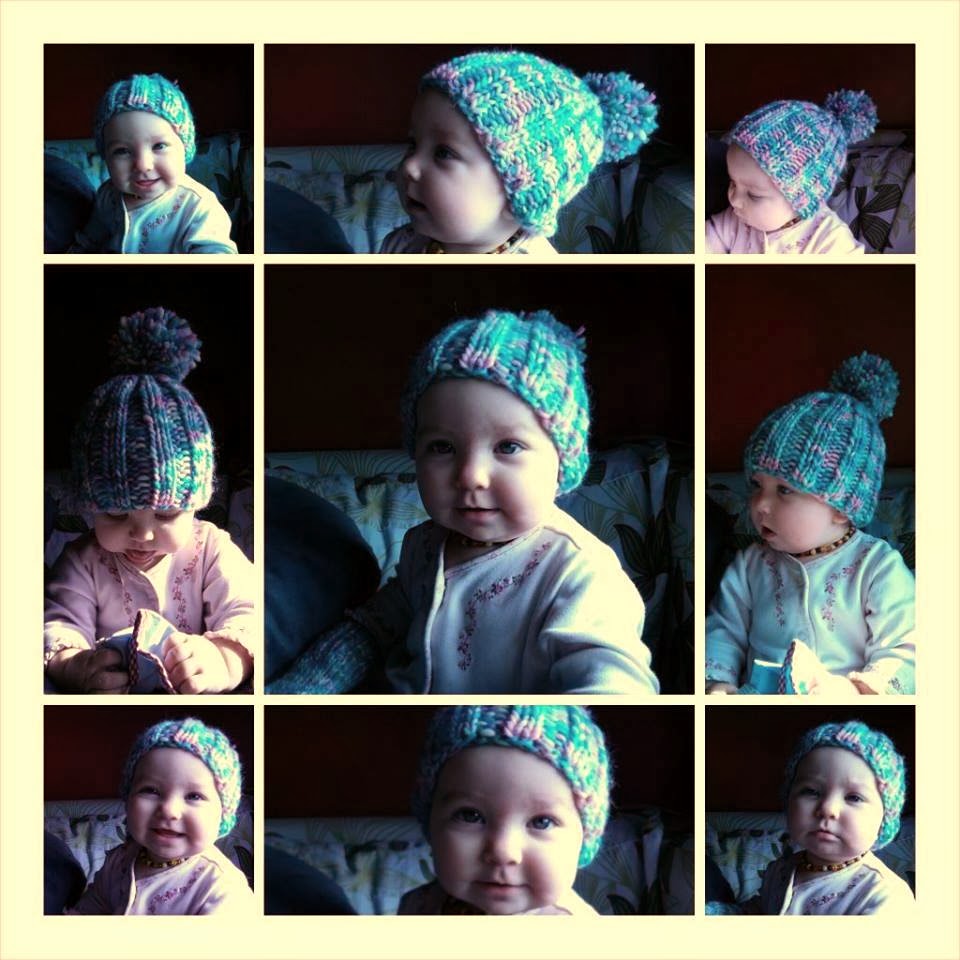 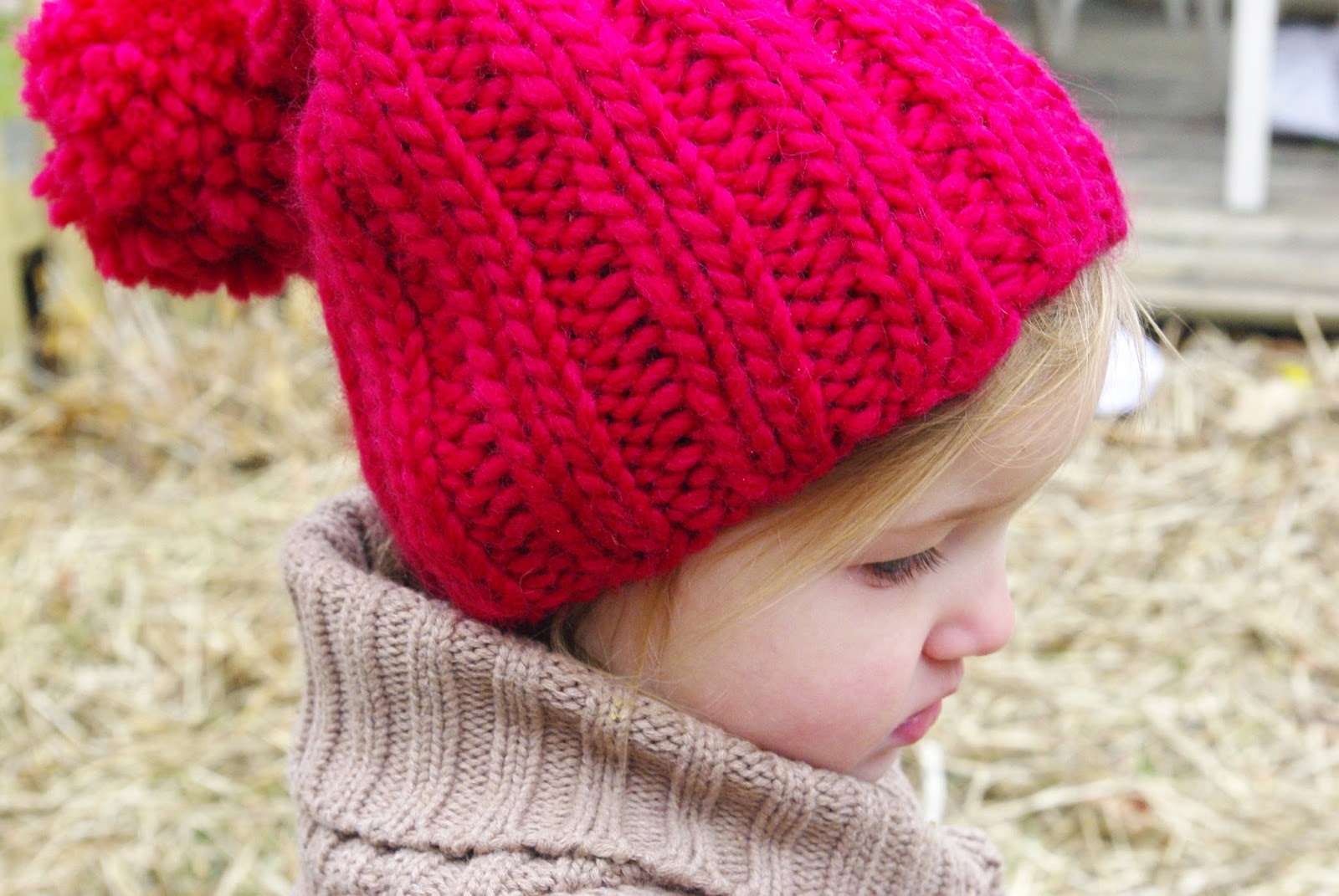 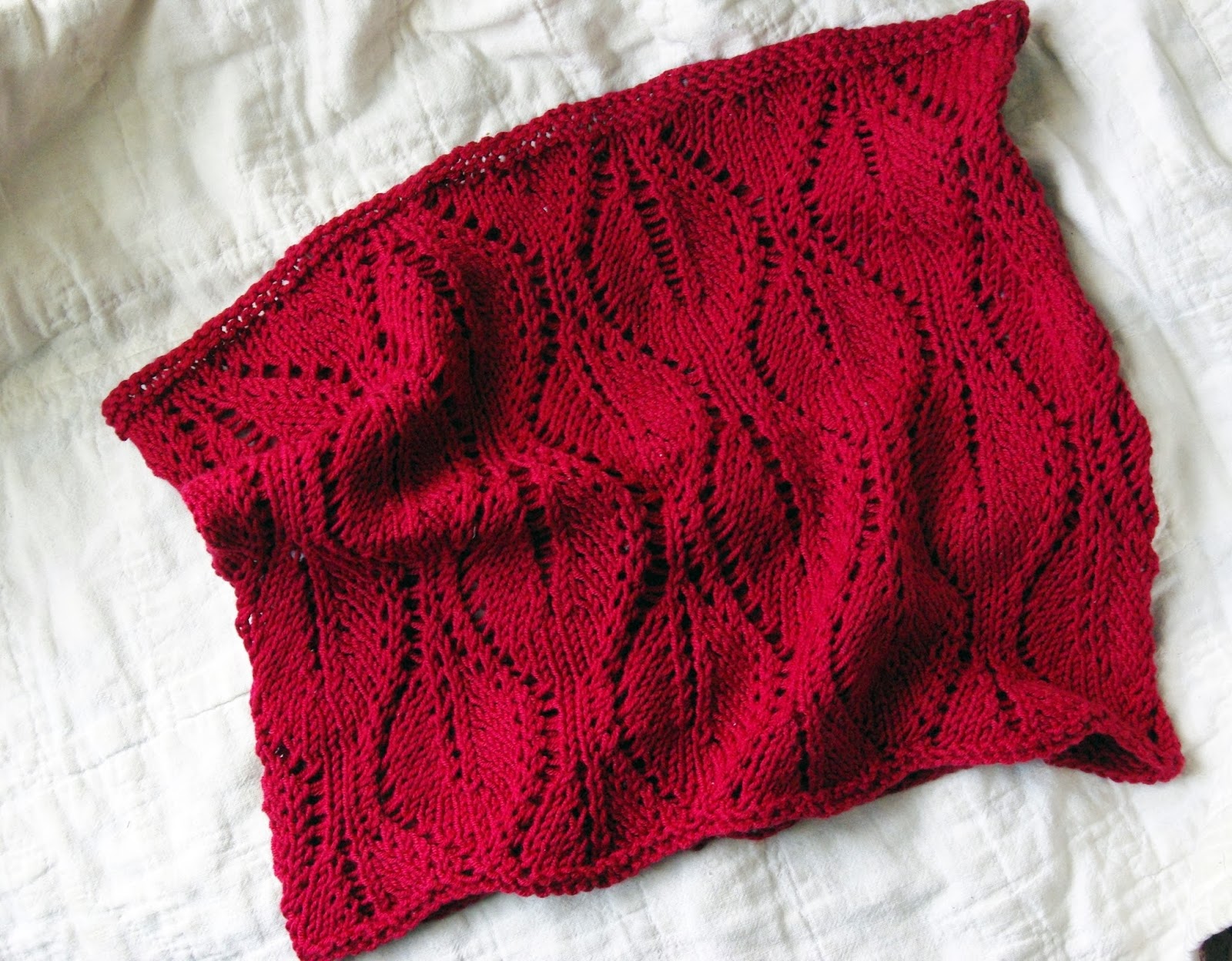 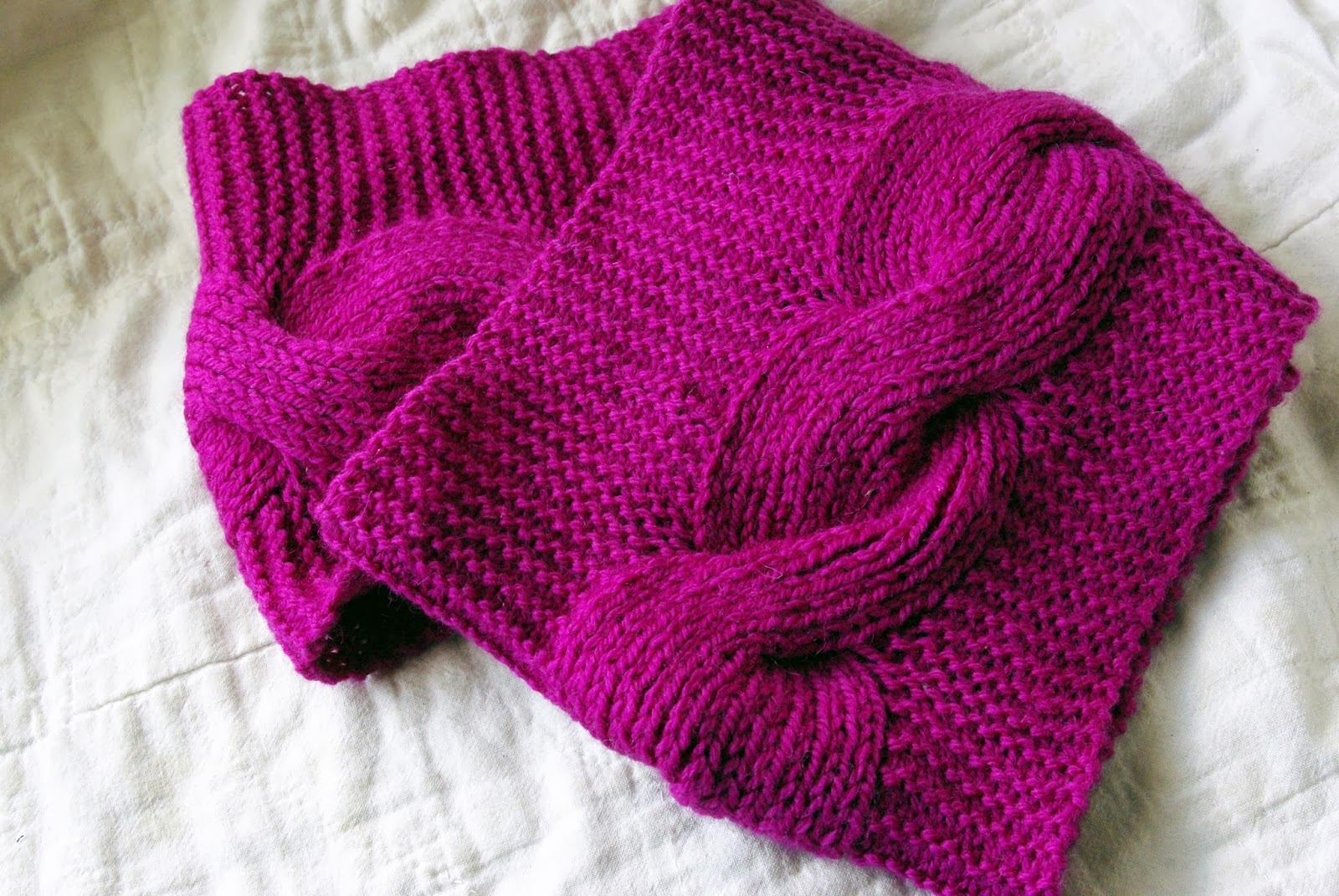 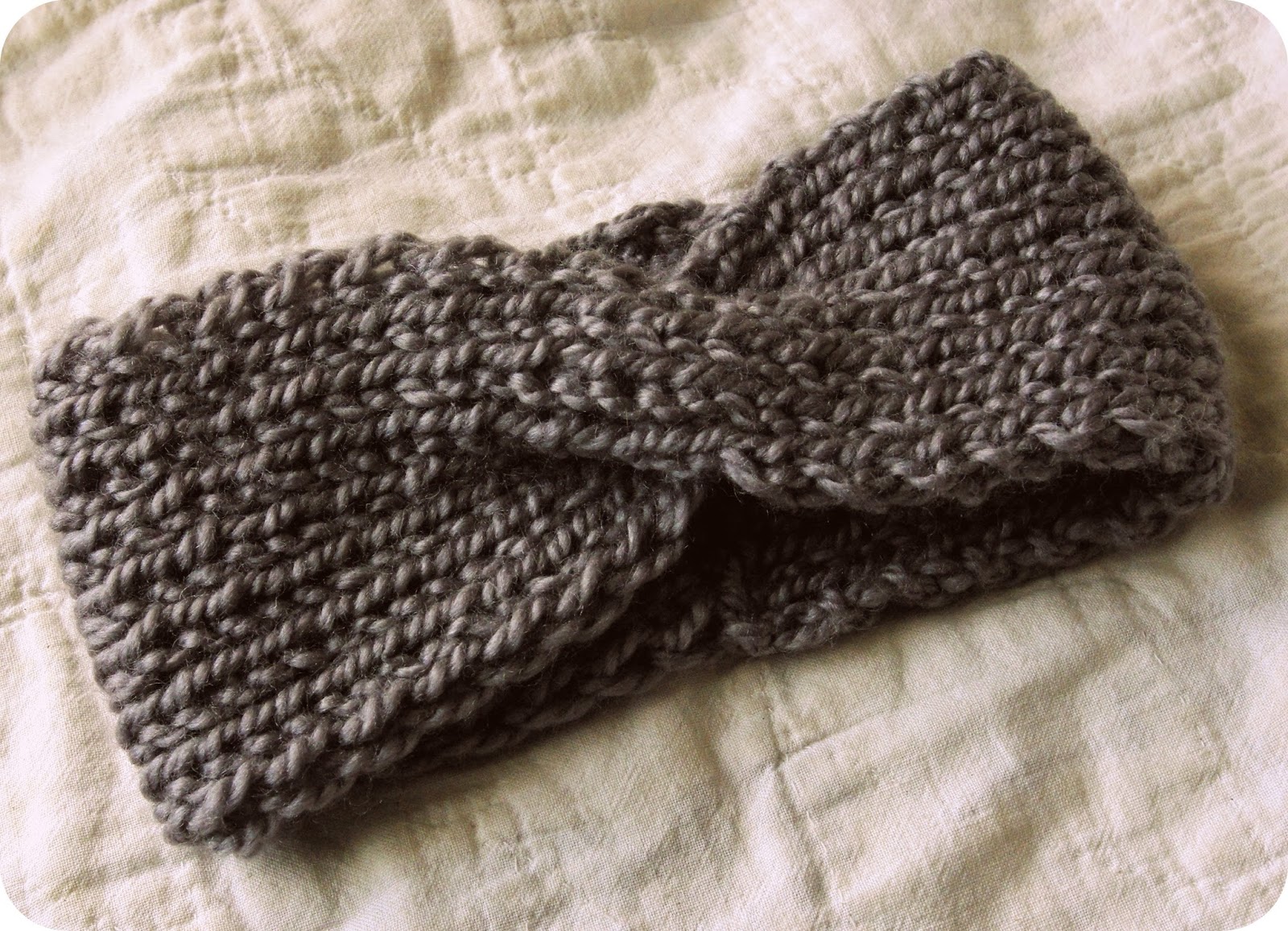 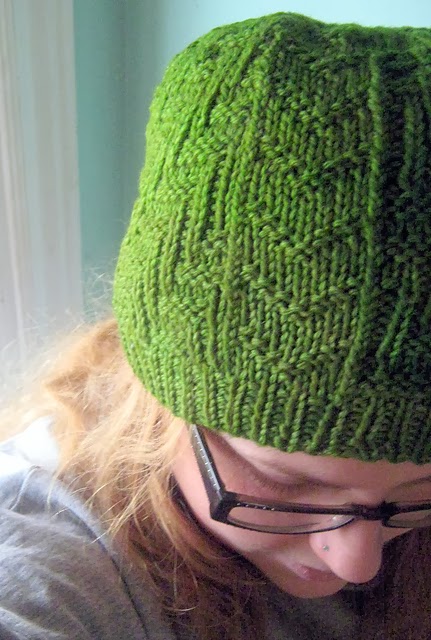 Huntley Hat, test knit-project info here
This is the post where I get caught up on all the weeks that I missed participating in Yarn Along. Some were test knits so I wasn't allowed to blog about them until the patterns were released, and some were Christmas presents and I didn't want to spoil the surprise for any of my friends or family, just in case they ever stop by here.

I'm still test knitting a couple more things that will hopefully be finished in the next couple of weeks, and i'm super excited to start the Downton Abbey Mystery Knit Along.  using this yarn that I hand dyed a few days ago. I might actually start with this colour and then  use another colour after the first 4 inches or so. 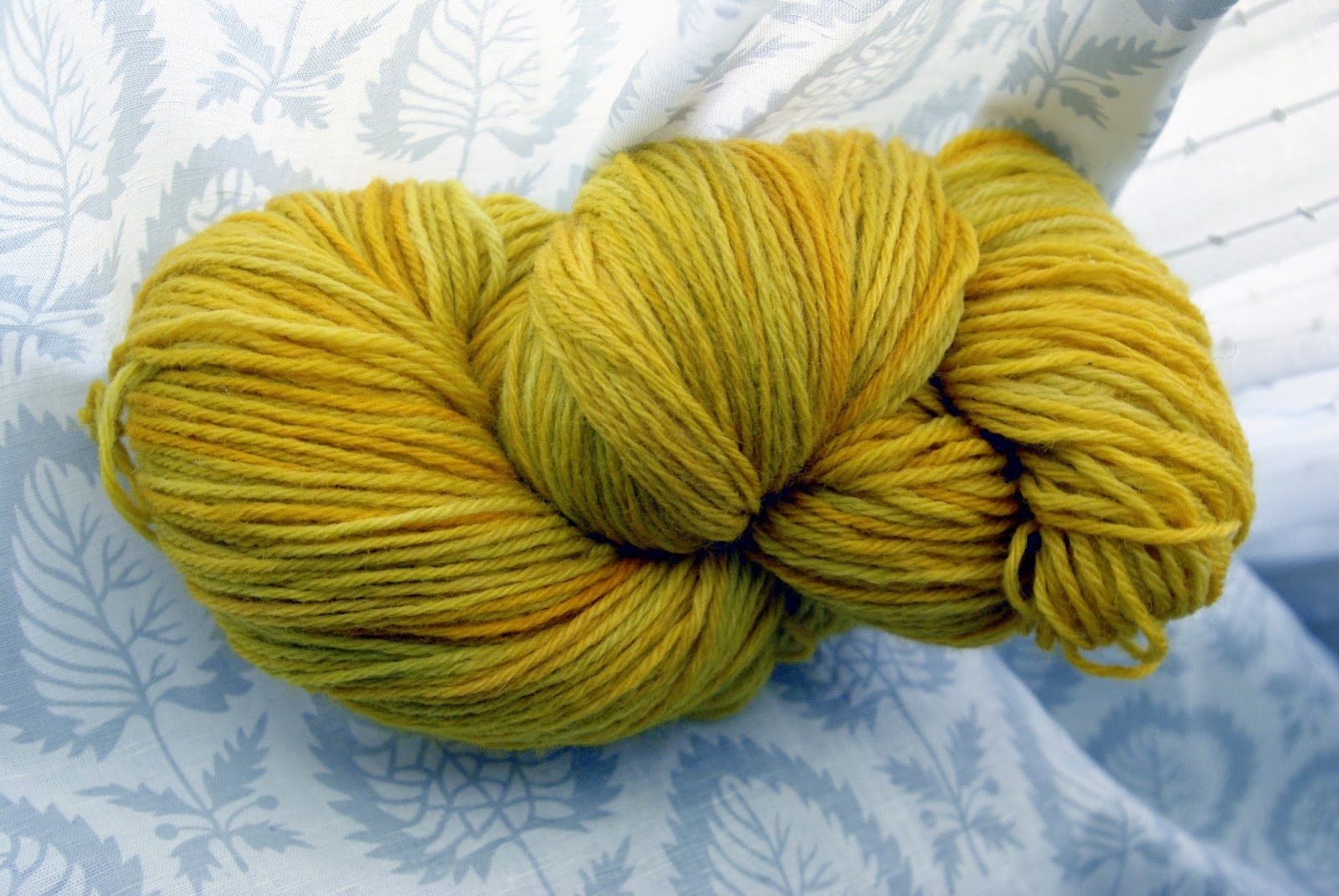 I've been trying out different methods to get tonal results and I'm really happy with this one. There were some points in the dyeing process that made me really wonder if this was going to turn out at all.. Yarn looks so different when under water or wet, especially under the poor lighting over my stove. I thought if worse came to worse, I could end up over dyeing the whole batch in a dark colour. Luckily, it turned out exactly how I wanted it!
Posted by Corrabelle at 12:41 PM 4 comments: