Yarn Along: Leftie and Strathcona

I haven't posted a lot lately for yarn along as I keep forgetting that it's on Wednesdays. For some reason, I have it in my mind that it's a Thursday thing!
This week  I reminded myself to be sure to post. 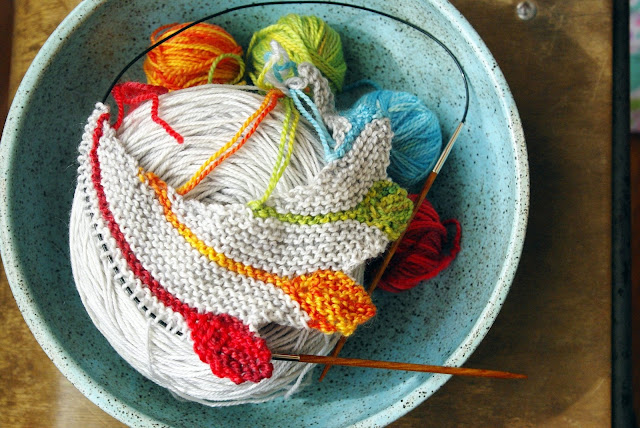 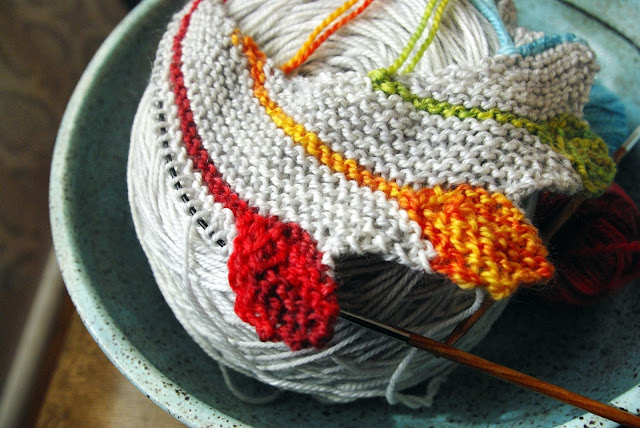 Yesterday I got to cast on a project that's been sitting in my queue for quite some time.
I had sort of forgotten about it until April's knitters frolic in Toronto, where a vendor was selling tiny little colour assortments of sock weight yarn. This way I could buy multiple colours for the project (each in their own very tiny hank-so funny!) without spending a fortune.

It was fun to walk away from a booth having spent very little and yet being given four colours to work with! I love the slight variegation in each colour, it's nothing crazy wild, but adds a lot of depth. I just hope I bought enough-I'd much rather have leftovers than be short. I saved the business card of the vendor just in case. 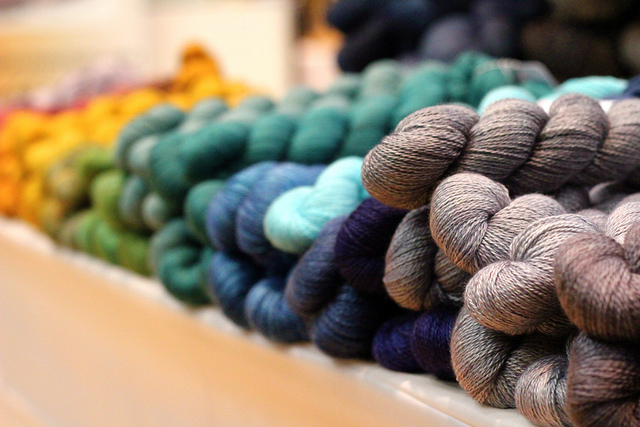 Photo credit: Sweet Fiber
It took me a while to pick a main colour also-I wanted a neutral, but there were so many to pick from! The tables were like buffets of  colourful candy selection, it was overwhelming! I ended up buying a slightly grey/white; "paper birch" from Sweet Fiber-a gorgeous little company based out of British Columbia.


This was my first time trying their yarn but I really like it so far. It too is slightly variegated in tone which makes it all the more fun to work with.

I also purchased the sweater yarn to make an "in threes" sweater for Lotte. I found this soft and gentle sweater yarn from Spud & Chloe. I love the colour name: Chocolate Milk. Perfect for a toddler! 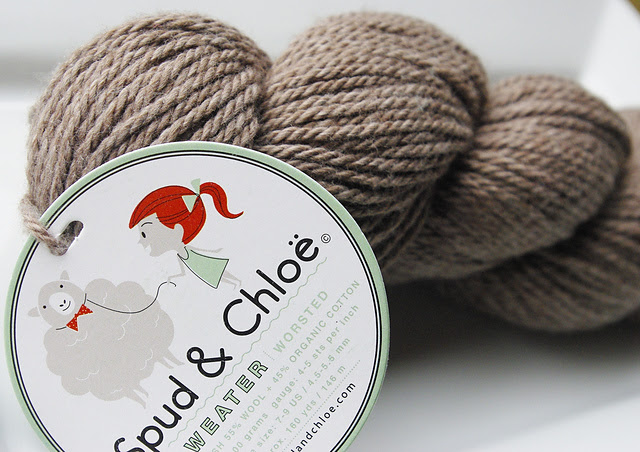 Last but not least-the Strathcona. Here's a beautiful pattern that I think I completely messed up.
Yes, the basics are there, it looks *almost* right, but the mesh stitch is not.
I'm not sure what I was doing wrong, but clearly something happened that wasn't supposed to.
Yes, it's still lovely, but it the holes aren't square like they were supposed to be. As I was knitting it, I was carefully trying to figure out what I was doing wrong, because right away I noticed it didn't look right. But I couldn't for the life of me find what was happening.
Then I thought perhaps it was because I had never knit mesh before, and maybe this is what it DOES look like before blocking. So I went ahead and finished it, blocked it, and it still didn't look right.
I'm determined to make another and figure out what I was doing wrong. It was a fun knit, and I want to make another anyway! 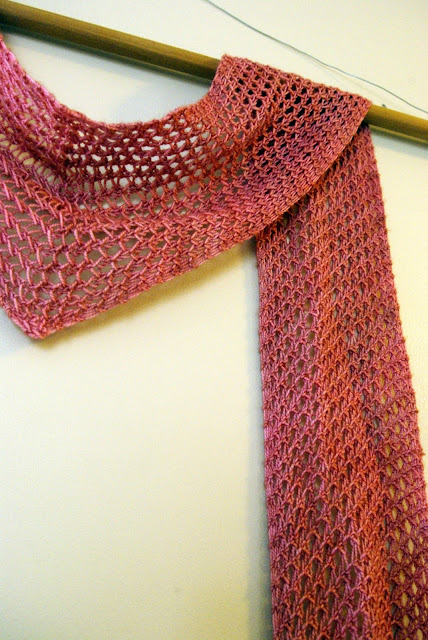 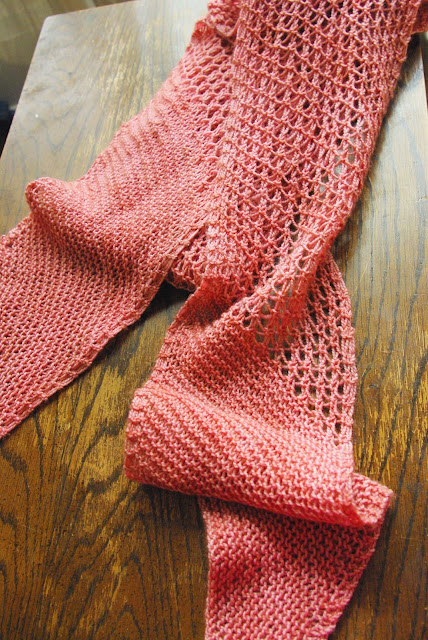 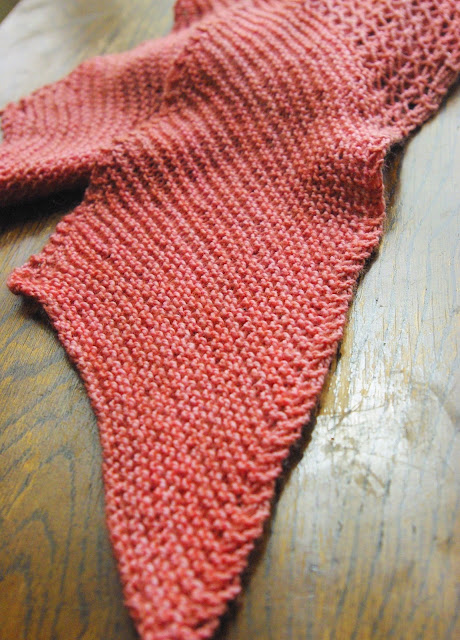