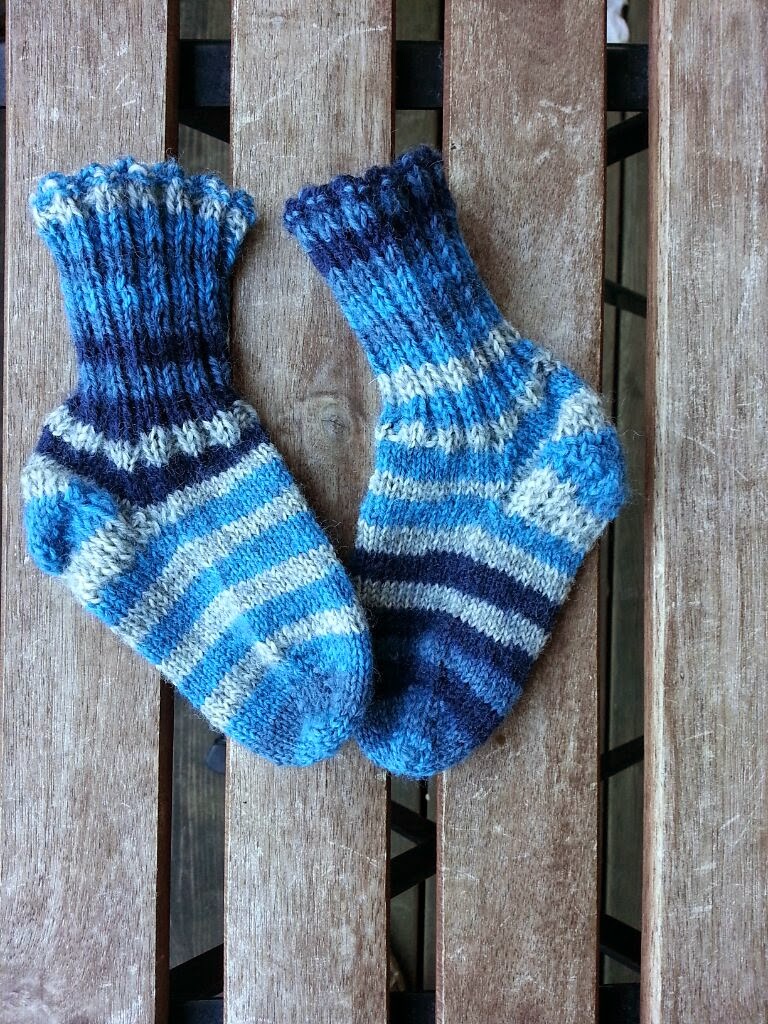 These are the wee socks I was working on last week. They were a good project for my first two at a time attempt. I can't say that I'm terribly in love with the inverted heel, it feels totally upside down. It won't matter for baby socks-but I won't be making a pair for myself with this heel.
Like I said though, i'm glad that I was able to do some tiny socks just to figure out the two at a time method. And now that I've done it, I'm not sure that i'll ever knit socks one at a time again! 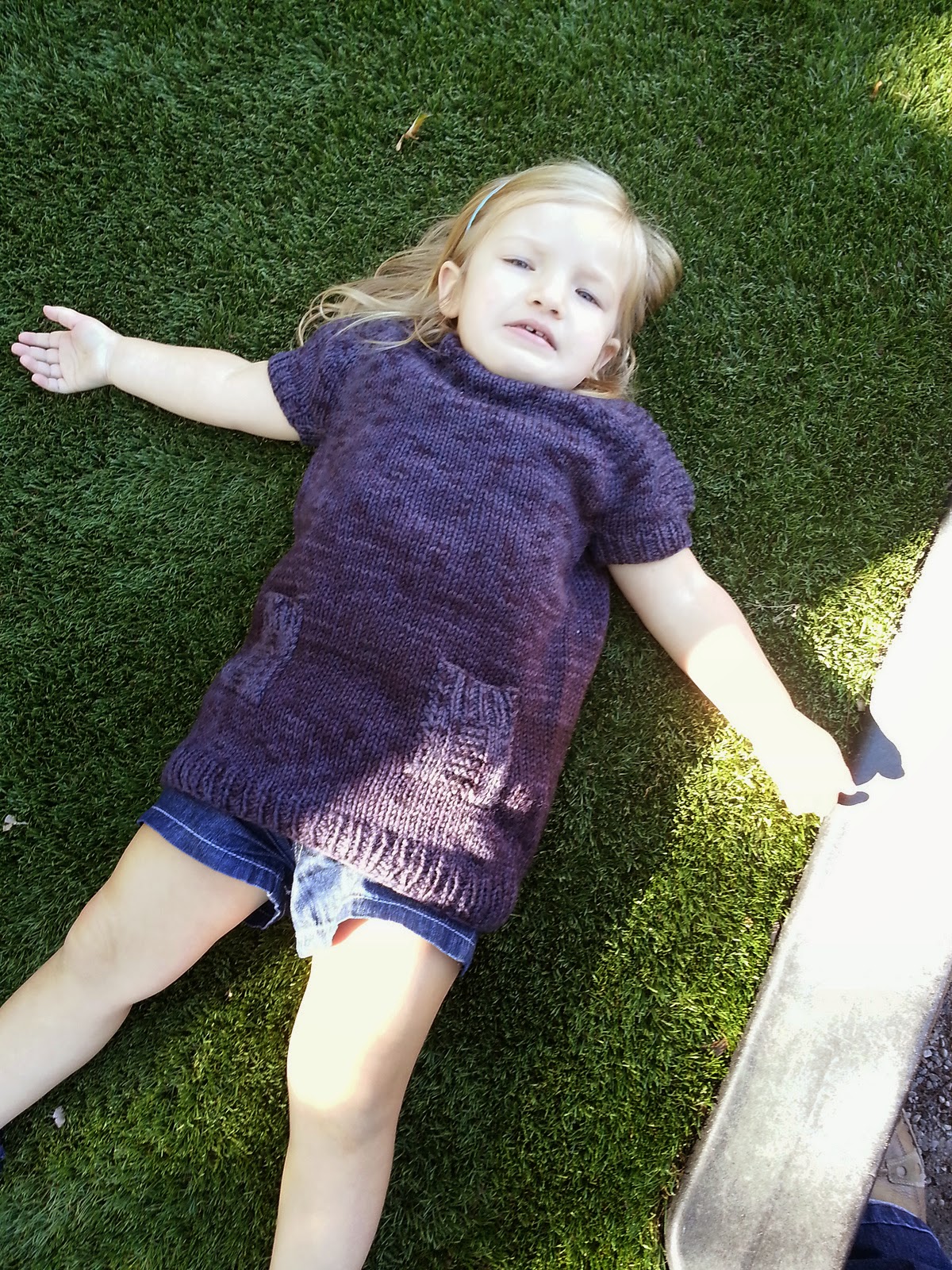 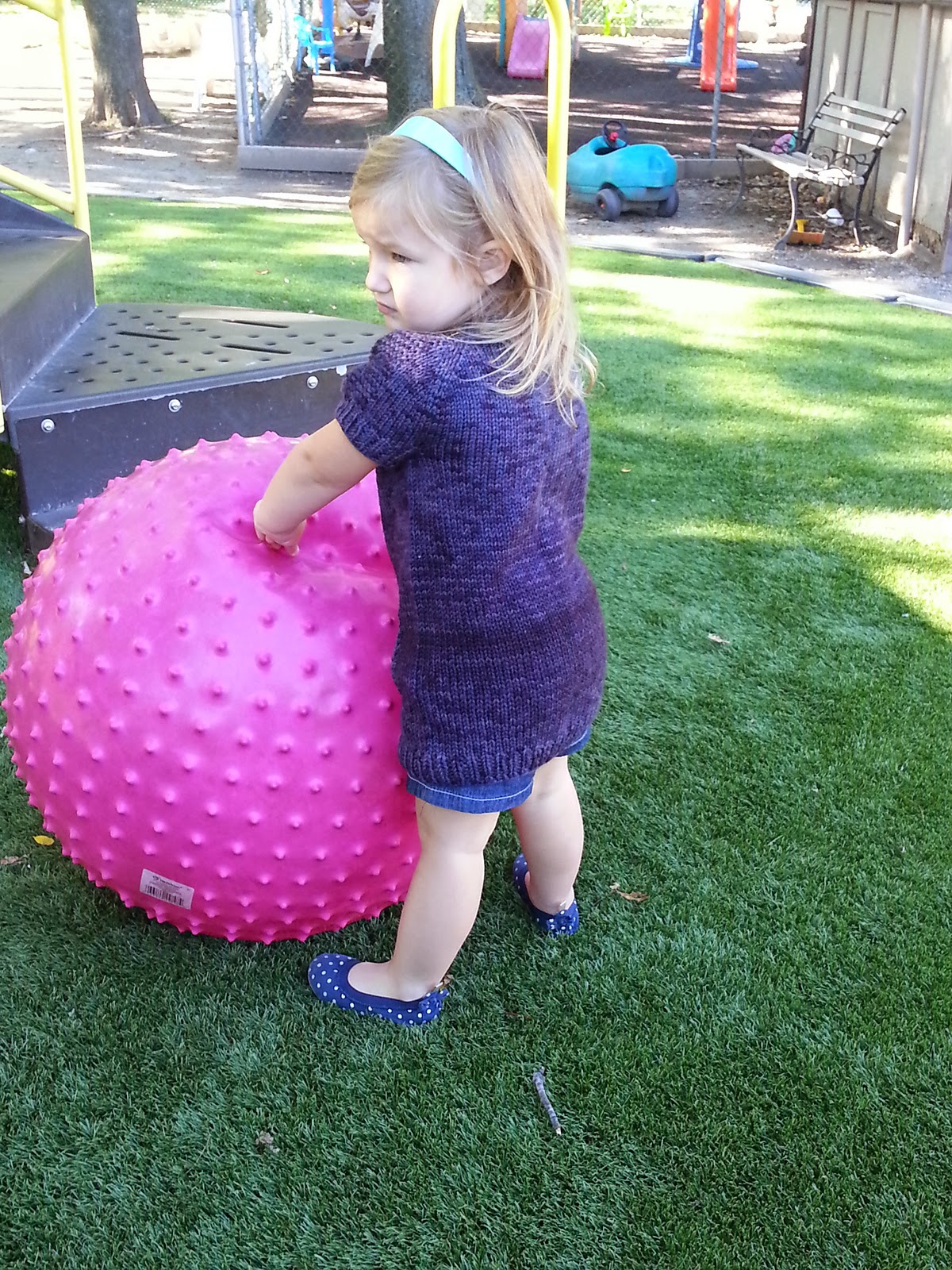 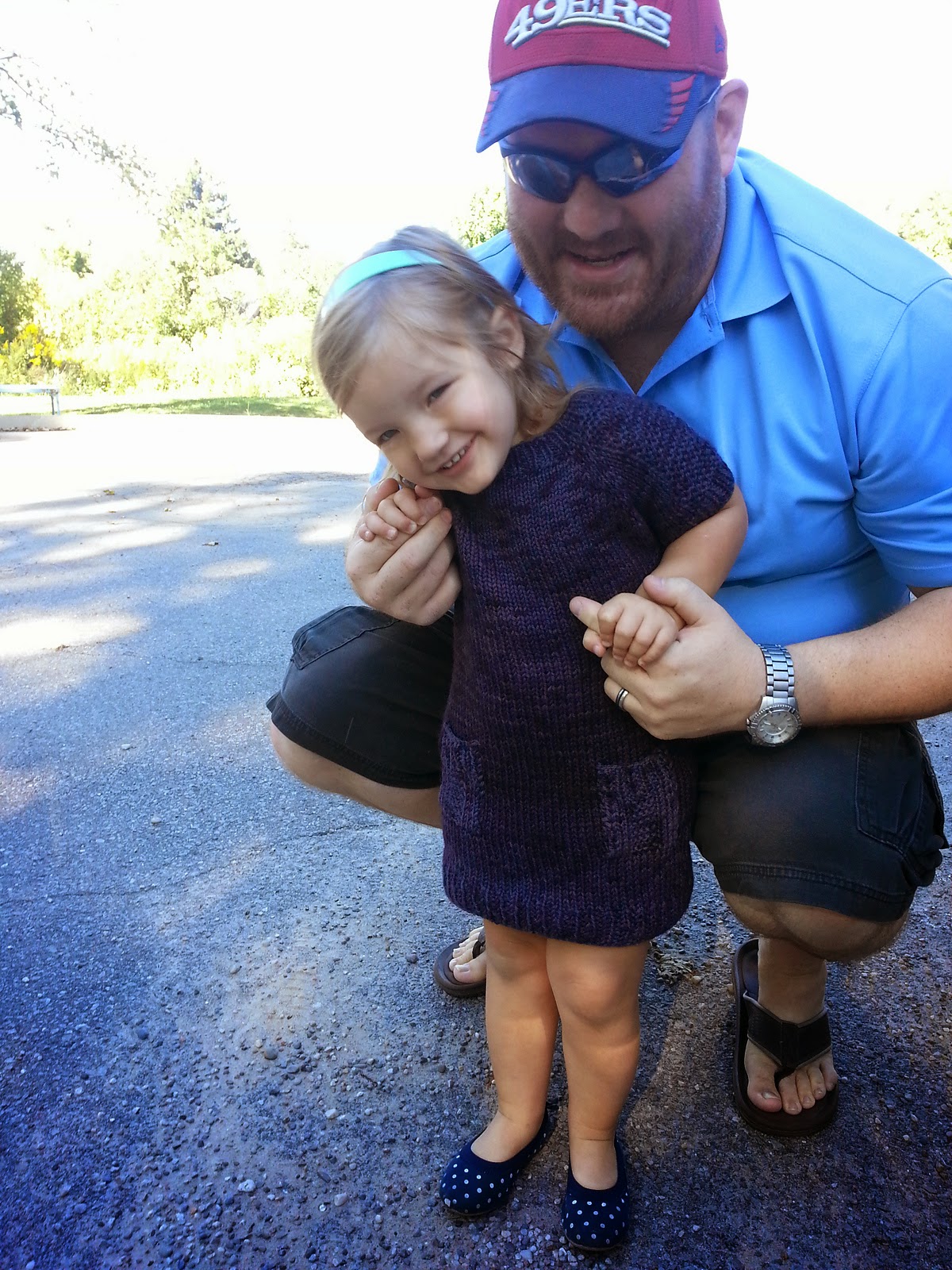 I also finished up Lotte's sweater dress a couple of weeks ago but didn't get a picture until this weekend. She isn't terribly cooperative for photos (of course) but she does love the dress. She's named it her "purple jelly dress". (She doesn't even like purple jelly, but apparently she thinks it's pretty.)It was my hand dyed yarn that I dyed in cake form (so the middle of the ball was lighter than the outside), and rather than working from two balls through the project and striping them, I just knit one right after the other attempting to get an ombre effect. For the most part, I think it worked pretty well. And I was happy to use the slightly lighter shade for the pockets so that they're actually noticeable.

I'm still plugging away at this scarf of doom, which is actually turning out to be rather lovely, but goodness, it's' repetitive. It's going a lot faster though now that I've almost memorized the repeats. 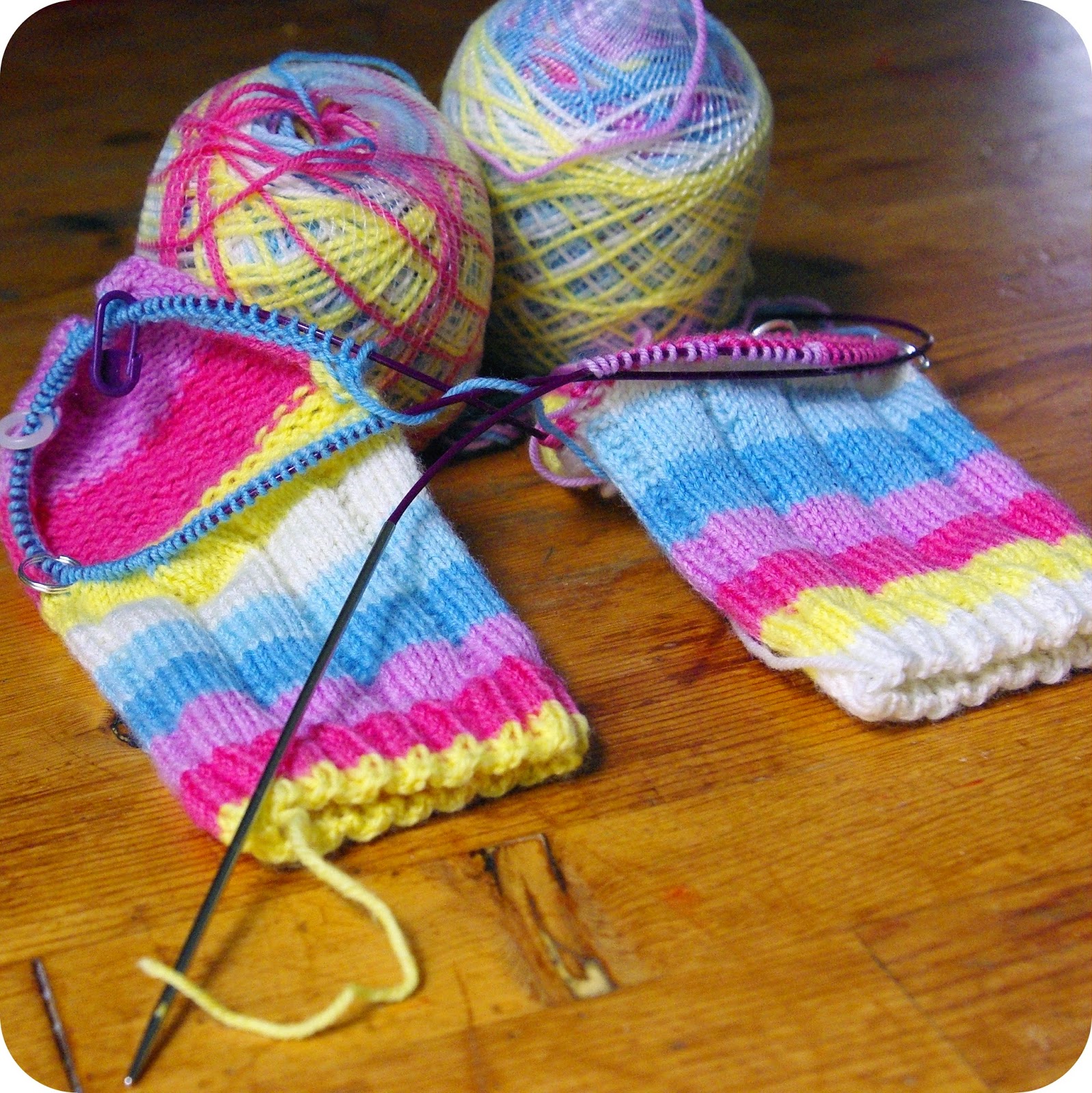 And last but not least-new socks were cast on this week in some really scrumptious yarn that i've been saving for a rainy day. It's the coveted and loved KnitPicks Felici self striping yarn in "jellybean". I'm so sad that this yarn is discontinued, and not just the colourway, but the entire line. Where are we going to go for affordable quality self striping yarn now?!
I'm doing two at a time again, but this time ankle down. I liked toe up, but until I find another heel method that I like for toe up i'll wait on that. Any excuse to have to knit more socks, right? That, and Lotte is pretty sure these are for her. I'm certain that i'll be knitting a small, identical pair in the near future.

Binding off,
Corra
Posted by Corrabelle at 10:43 AM