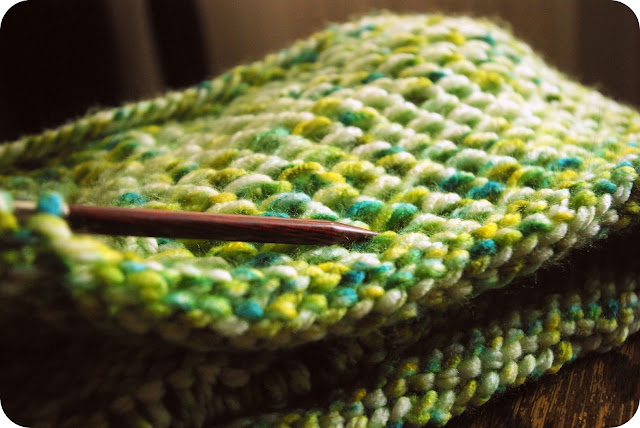 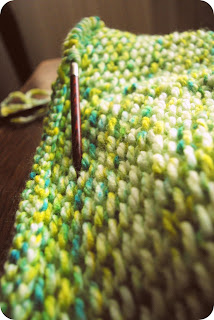 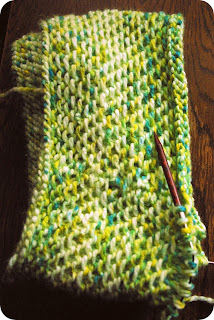 I decided to avoid the many projects that I have to block by starting another on the weekend. Makes sense, right? However, I feel like I can't take a photograph of my finished projects until they are blocked...so I'm going to try to get that done this week.
I started the Honey Cowl that I wanted to make for my sister. She saw the yarn on my table a while back and while she's not a knitter, she has an appreciation for beautiful colours.
This knit up super fast because I used a much bulkier yarn than the pattern called for, and obviously cast on fewer stitches.
I'm at the very end though, and have half of it bound off. Here's the kicker though. I don't think I have enough yarn to finish binding off, so I'm playing chicken with what I have left. I'm at that point where I think I'm going to rip it back a row and bind off there (which I can afford to do, because I accidentally knit an extra row anyway and left it.)
Or, i could pick up a really close bulky strand and bind off with that...I'm not sure I have anything that would blend well though. I'm going to have to dig.

No massive reading accomplishments here this week. I'm almost finished "one thousand gifts" which is proving to be a slow, but good read.
Looking forward to seeing all your projects this week.