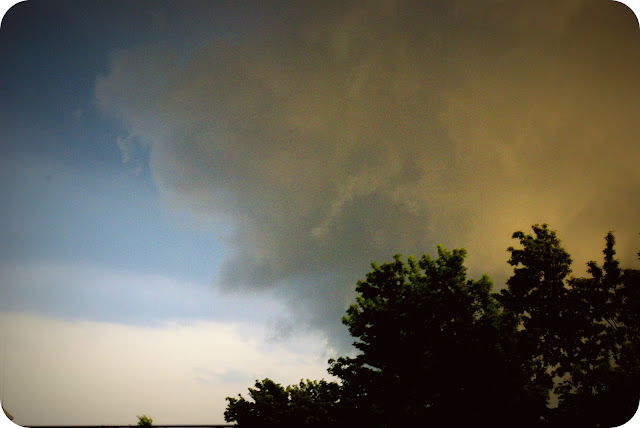 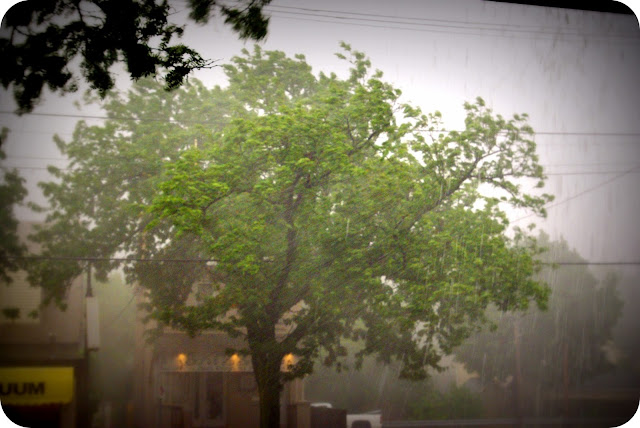 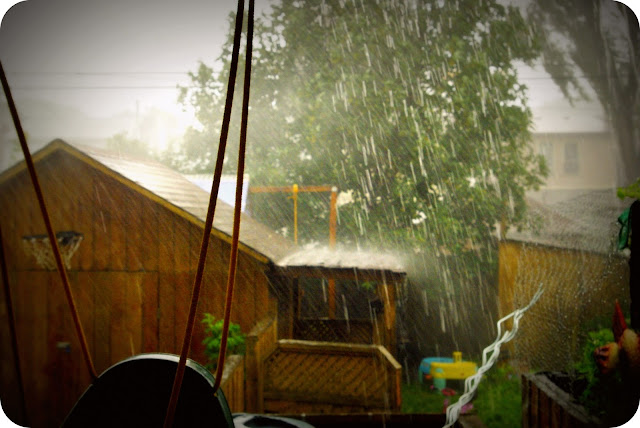 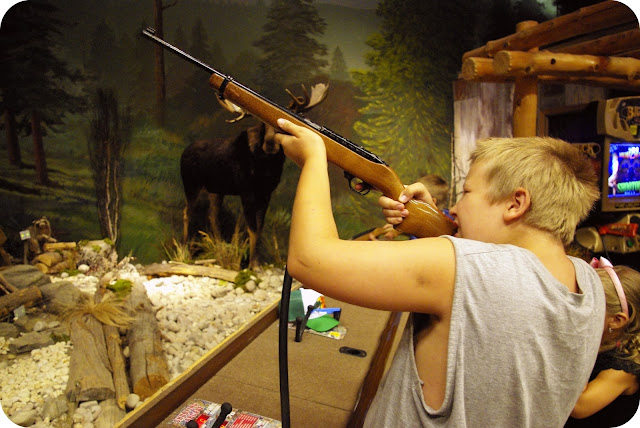 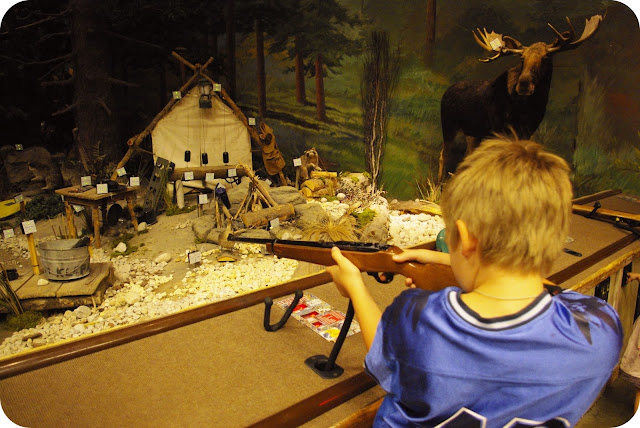 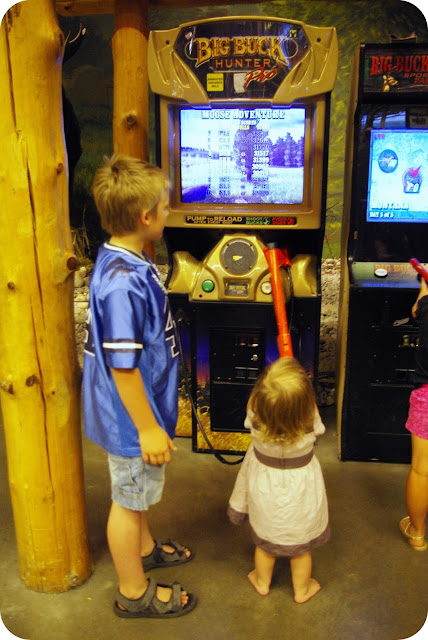 The fun all started on Friday night, when the army of angry clouds marched through the sky. The weather radio was brought out, the tv weather channel played suspensefully in the background as we huddled by the windows, debating whether or not we should go to the basement.
I don't think that I'll ever get used to not having to run to the basement or cellar.

Candles were lit by two boys desperately eager for a real storm, and they got it.
Wind, rain, hail, thunder, and lighting.. And not just in one simple movement, but 4 seemingly separate shows, with sunshine and rainbows for an intermission. Little miss sassy pants seemed completely happy with the loud booms and flashes of lighting...clearly she fits in well.

I almost went outside to pick some tomatoes, but just as the raindrops slowed just enough for me to venture out another black cloud would roll in, causing more wind and more rain.
There were some major power outages across the city, limbs down, basements flooded, and trees blocking road ways.
We were spared, for the most part. The mangled and tangled tomato plants might tell you another story, but at least they're still alive. I think they still have hope.

The storm drove away the humidity which is glorious because it made being outdoors became fun again. That heat wave was appreciated at first,(you know, from a gardener's perspective) but had long over-stayed  it's welcome.

A road trip to bass pro shop was in order, so Saturday we took it with the windows rolled down and music up loud. I got to knit happily during the 1 hour drive...we sure do drive a long way for this silly store, but it's such a (cheap) adventure for the boys. And I like their cookware section full of cast iron and smokers. More cast iron than I'd ever need or want, but still fun to look.

I must have looked a bit of a mess, because while Lotte and I were admiring the fish and waterfalls, I heard some muttering about "no make up, no wedding ring, long hair, girls have to wear skirts" (Lotte was in a dress, and I in a denim skirt) and the mention of  "religious cult? Mormon?"
I had to giggle a little to myself, and make a note to wear my wedding ring next time I venture out. Or maybe at least some makeup. Haha, because I wouldn't want to cause any confusion!

Sunday was met with cool temperatures and overcast skies. After church (note*, not cult) we had an afternoon at home of housework. The attempted relocation of a birds' nest from our roof, (not ready to talk about that) and then an evening of music in the park again. It's become a Sunday night favorite, I'll sure miss those Sunday nights come Autumn. It's been fun for our whole family and Lotte can run until her chubby little legs give out. Come fall, we might just have to go picnic anyway, without the music. Or bring our own ;)

Posted by Corrabelle at 1:40 PM

Email ThisBlogThis!Share to TwitterShare to FacebookShare to Pinterest
Labels: weekending