Back in our Groove 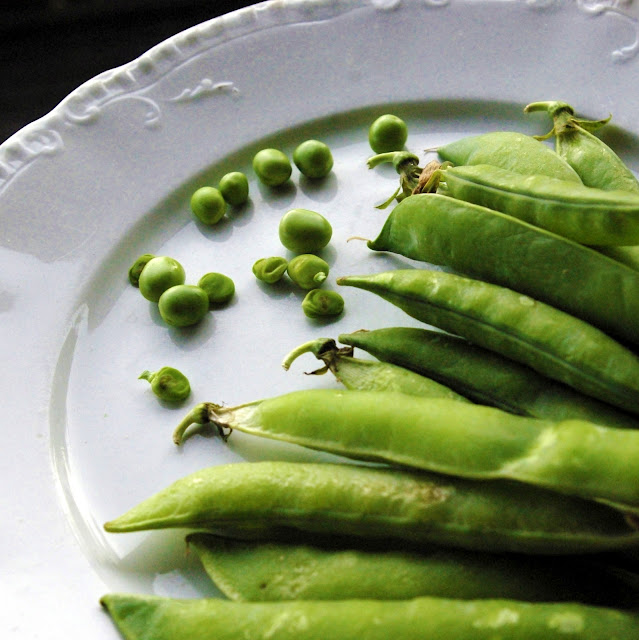 I believe that unpacking is probably my least favorite part of travel. Not only does it mean an extra few loads of laundry, but also damage control on those few things that should have been done before the trip even started.
The one very fragrant dirty diaper that seemed to miss the last load and got left in the basement, right in front of the washer. The window that should have been closed, that let in a small colony of insects. The basket of laundry that got folded, but never put away. The tomatoes that didn't get watered for almost an entire month because the assigned waterer didn't realize they were there.


Yes, waterer is a word now, didn't you know? 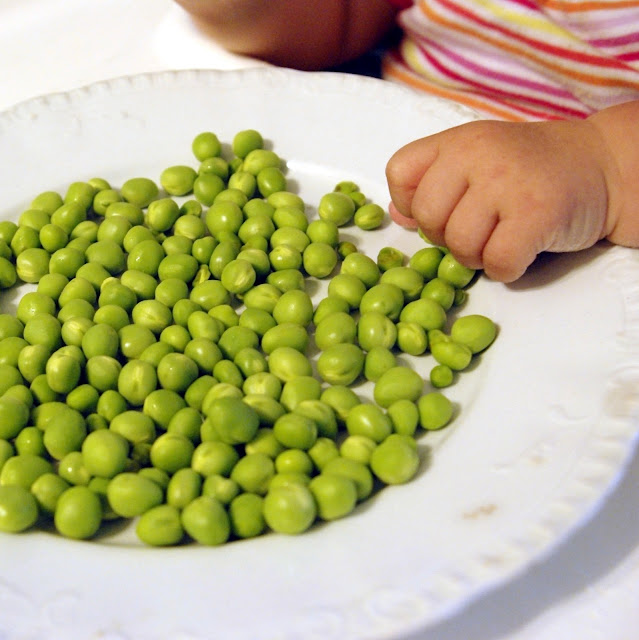 I always come home from these long road trips, inspired by the many decor, home, garden and cooking magazines that I read during our more-than-one thousand-mile drive. My notebook is littered with lists of recipes, gardening tips, plants I want to try growing and craft ideas
Regardless of my good intentions though, some of those recipes never get made, some of those plants don't get planted for a few years, and the craft ideas are often the first thing to make it to the back burner.


Usually, it's because I've realized the reality of my laundry load, or something of that nature.

The one thing though that does seem to help kick start some form of organization is getting a week's worth of loose menu planning. I say loose because we haven't actually been on our big grocery shopping trip yet, and i'm going based on what's in the freezer, and what produce we have from the reduced rack from a very quick dash into an all-night, way-too-expensive grocery store.
That being said: here is our week in advance. 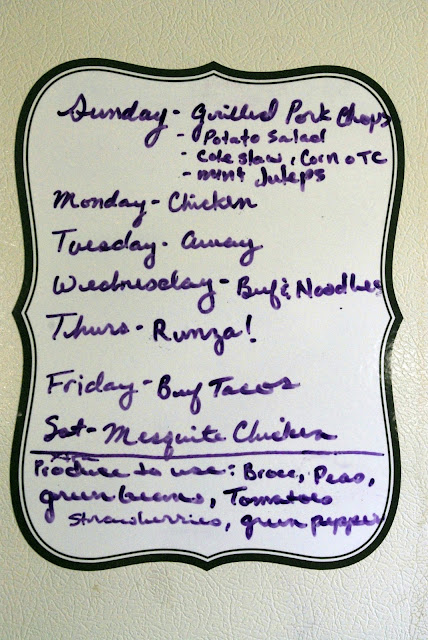 Because of my really massive dry erase marker, some of this is only readable by me. I'll translate:

Sunday: Grilled pork chops, potato salad, coleslaw,corn on the cob, mint Juleps.
Monday: Chicken (ended up being cream of broccoli soup with some chicken in it.)
Tuesday: Away. We were supposed to be away today, but due to some illness in 2 out of 3 minions, we're waiting until Thursday.
Wednesday: Beef and Noodles. (Okay, this is my aunt's recipe that is amazing. It's made with fresh rolled noodles and roast beef. I'll post the recipe later.)
Thursday: Runzas
Friday: Beef Tacos. (because there will be leftover roast!)
Saturday: Mesquite Chicken (Maybe.-I'm not feelin' it right now. But there will be chicken..because we already have it!)

Produce that we have that we need to use up in these meals or throughout the week:
Broccoli, peas, green beans, tomatoes, strawberries, green peppers.
Hopefully next week has a little more variety after our grocery trip...and realizing that we have a lot of chicken and beef going on this week


Do you meal plan? I'd love to see yours!