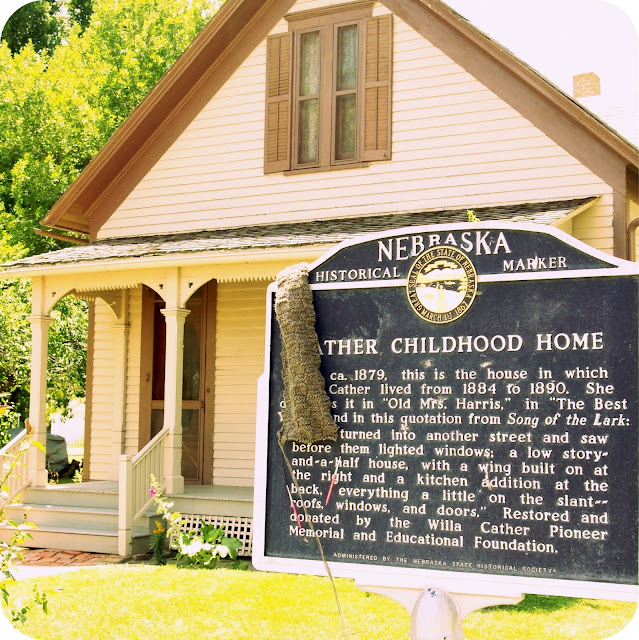 My aunt thought it pretty funny that I took a picture of my knitting project in front of Willa Cather's house. Once I explained *yarn along* to her though, she thought it very neat and helped me "stage" the photograph! It was extremely windy, and the scarf kept blowing down off of the sign.
Would you believe it if I told you that I was still working on the same old scarf? I must be the slowest knitter ever. Well, that and I keep letting life get in the way. There's a tiny voice in the back of my mind reminding me that I won't need to have this finished until there's cool weather again anyway...so I blame her.
The Knitting did come with me on our family trip, and I managed to add about a foot to the scarf, despite having pretty busy hands with Lotte during most of our stay.
She does ok in the car, but needs constant entertainment. Let me just say that "patty cake", "peekaboo", "here's the church" and "oh little playmate" have officially been sung too many times this month. No...this year.
She was really good though, so I shouldn't complain too much. Travelling with babies could be oh so much worse.

Because I knew that we'd be visiting family in Kansas and Nebraska, and was hoping to stop in Red Cloud NE,  I started re-reading two of my favorite Willa Cather books, "O Pioneer!" and "My Antonia". 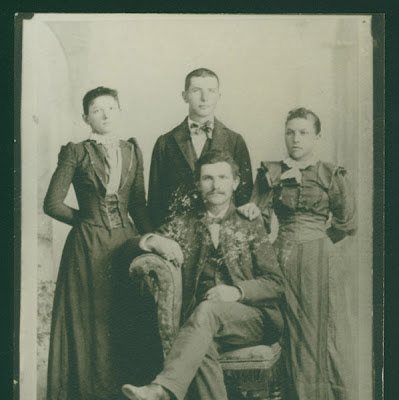 character Antonia Shimerda was actually Annie Pavelka, nee Sadilek. She is standing on the left.  Frank, the brother standing, is one of my ancestors. In the book, he was somewhat crazy. In reality, he was actually not crazy but deaf.
As it turns out, some of Cather's characters are my ancestors-and they lived in  and around Red Cloud and Guide Rock. (In the book, she calls the town Black Hawk to protect the true characters).
I knew this before I visited, but I was really happy to find photographs of the actual characters from Cather's books. And of course, pictures of Willa Cather herself.

I've just started reading "song of the Lark" again because right now i just can't get enough of her books. I'm hoping to dig up some information on some of those characters as well. 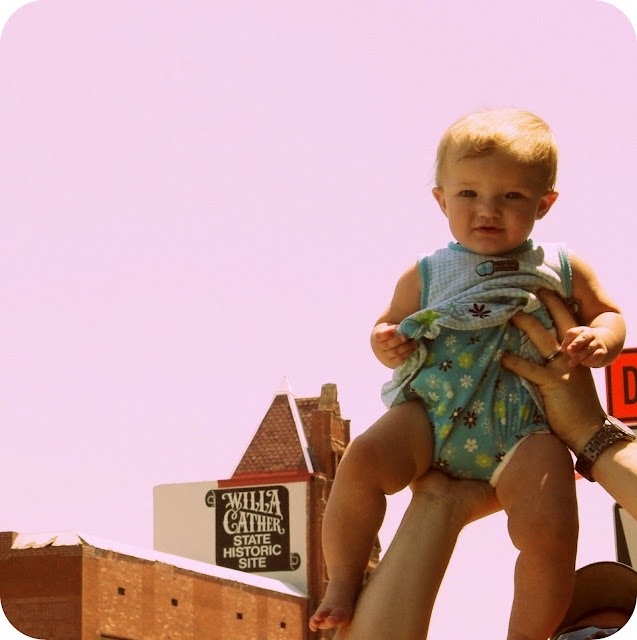 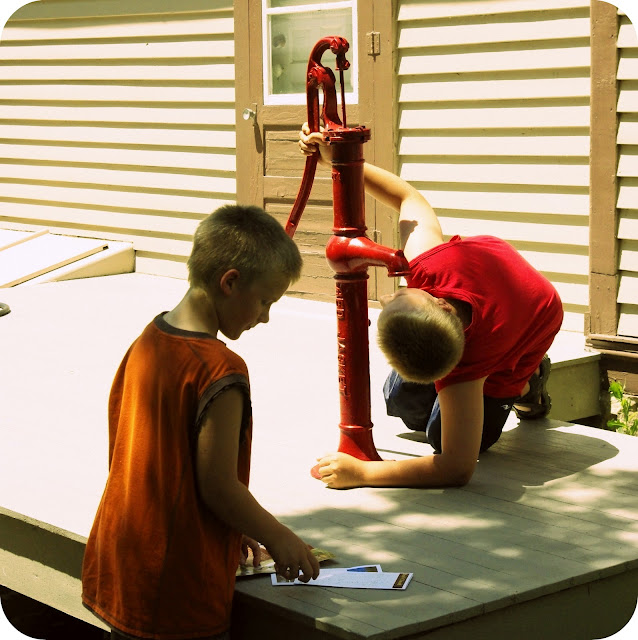 Unfortunately for the boys, this was the highlight of the day. A water pump on the back porch of Ms. Cather's house, that was for display purposes only. It was such a hot day, and they moaned and groaned over our silly pilgrimage the entire time we were in red Cloud. At the time I wanted to bop them, but in hind sight, I can remember being taken on what seemed to be insignificant field trips at their age. I really can't imagine any other little boy acting differently than they did. 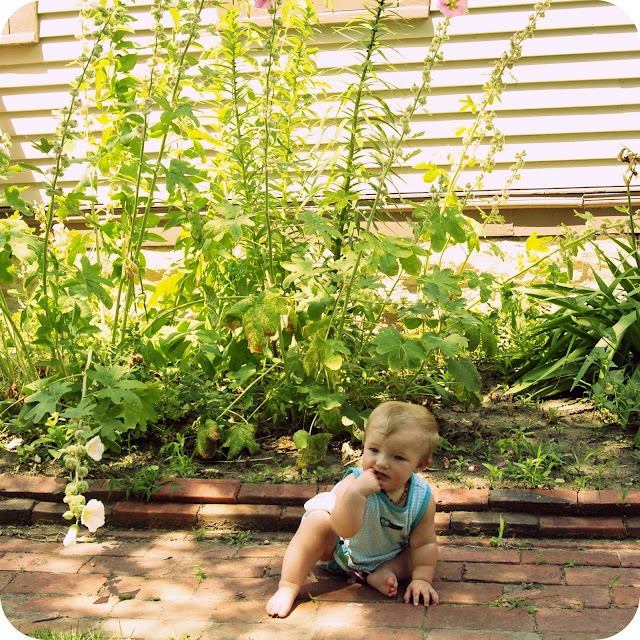 Lotte behind Willa Cather's house, next to the Hollyhocks. 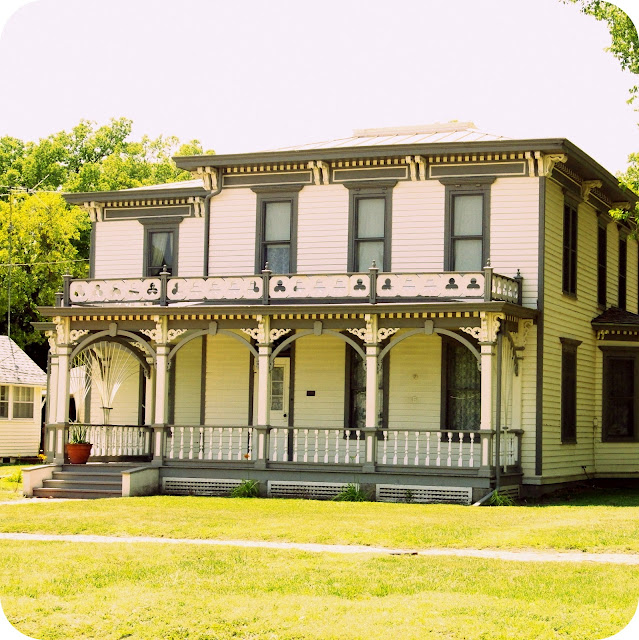 The Harling house where Antonia (Annie Pavelka) worked as a maid. 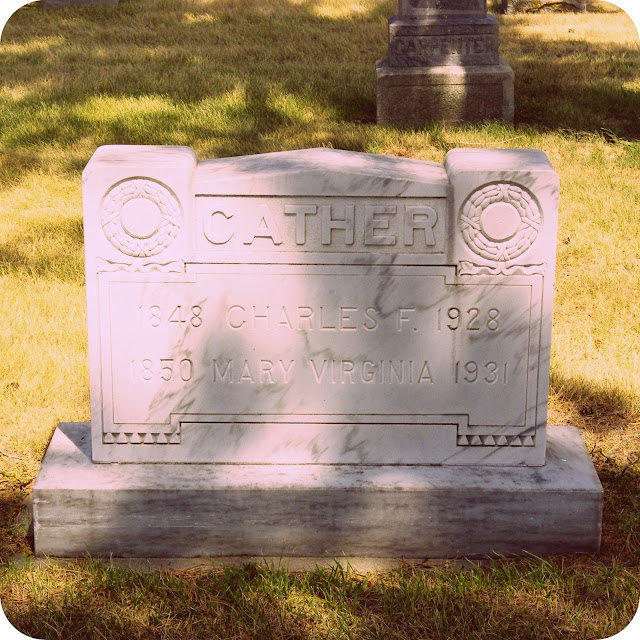 The grave of Willa Cather's Parents. 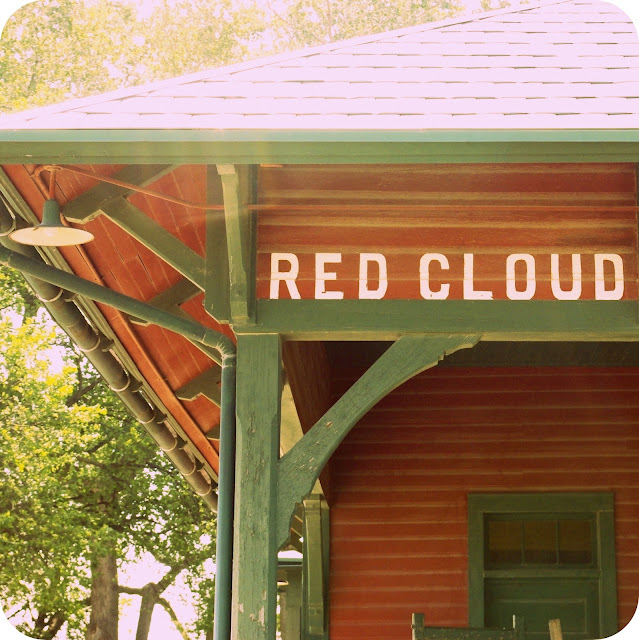 Last but not least, the sweet little depot where all the immigrant families first arrived.
It was so neat to imagine the very same people in her books actually going about their lives in this little town. I'm honored to have been able to visit.

***
Joining Ginny this week in YarnAlong.

P.S Happy Independence day!!
Posted by Corrabelle at 2:32 AM