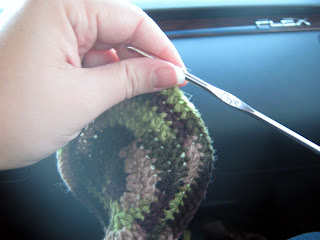 Now that the Mr. is on parental leave, we have a lot more opportunity for family fun time. We decided several weeks ago, along side my sister Elise and her husband (we call him Siouxie, pronounced Susie-long story, more on that later) that we needed to make a day trip to Bass Pro Shop.
I say day trip, because it is, after all, a whole hour away, and the store is massive. One could easily spend hours there, really. And throw in a goofy pair of boys, two gun happy in a Sarah Palin-would-be-proud sort of way  men, and three infants, it could easily be a day before we were finished.

The day started out perfectly. Lotte actually slept through the night, so we woke up feeling relatively rested. I had been under the weather all week, but was feeling much better after some much needed sleep.
We got in the car, and managed not to get stuck in any construction zones or traffic jams. Lotte slept (again!), the boys were happy, I even managed to crochet part of Zeke's hat-which is camouflaged, how fitting for bass pro shop...The day went like this.
Arrived at Bass Pro/Mall 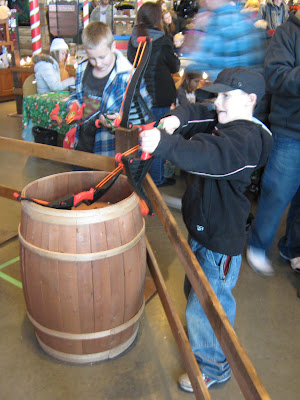 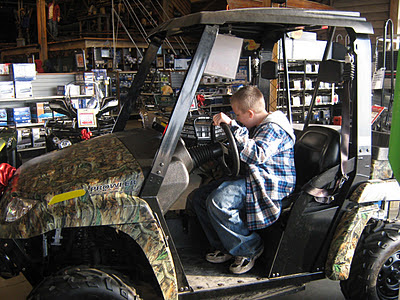 All the babies simultaneously soiled themselves. We didn't bother trying on the awesome clothes we found-
That would be pushing our luck. We decided that we'd try them later at home.
Bought Edie and Lotte matching headbands. Toby didn't even get jealous. 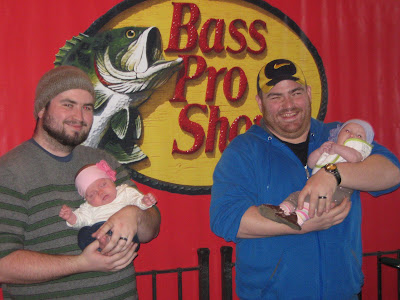 Returned to bass pro to join the gentlemen.
Discovered that despite being rather content, Zeke had a fever and a sore throat. He insisted that he was OK.
Decided that we'd leave and go enjoy a frugal family meal at Costco.
I'm not embarrassed to say it. And besides, Siouxie insisted that we go somewhere where gravy smothered food was available.

We arrived to Costco,
Elise and Siouxie did not.
We received a text-"We were rear-ended....-all OK, but we're going home".
We go back to the car-we don't have a Costco membership.
Yes, we're that cheap. We sneak in with other family members.
Reuben finds a case of abandoned toilet paper in the parking lot of Costco, and without
missing a beat, swoops down and picks it up, and carries it to the car.
We're still hungry, the boys are still hungry, Lotte is back to sleep.
Decide to hit up a really cheap Chinese buffet called "happy court" that we've been to before.
Happy Court has been remodeled into an Expensive Japanese Restaurant.
We decide to go back to Hamilton to a different cheap Chinese Buffet.
Hamilton cheap Chinese buffet's prices have been changed to absurd holiday prices. 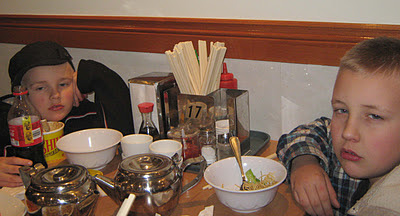 a little drama was added for this
We end up at good ol' PHO DO BO. (Vietnamese) 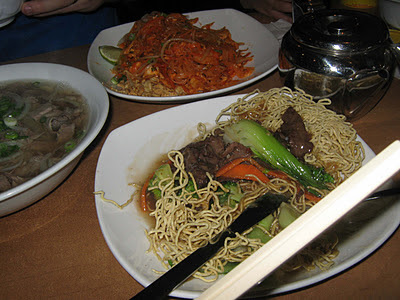 Lotte wakes up as soon as the food arrives, soils herself royally, and throws up all over me.
We get the rest of dinner TO GO.

We get home, and tuck in the two tired, but well behaved boys. They were troopers.
Mark informs me that he's starting to feel sick as well.
I try on my old navy clothes. Lotte tells me that 90% of them make me look like a fruit stand/carnival act.
At the end of the day, Reuben gently nudges me, and says...."at least we got free toilet paper."

I think we'll have to try bass pro day again in the new year.
Posted by Corrabelle at 1:42 AM